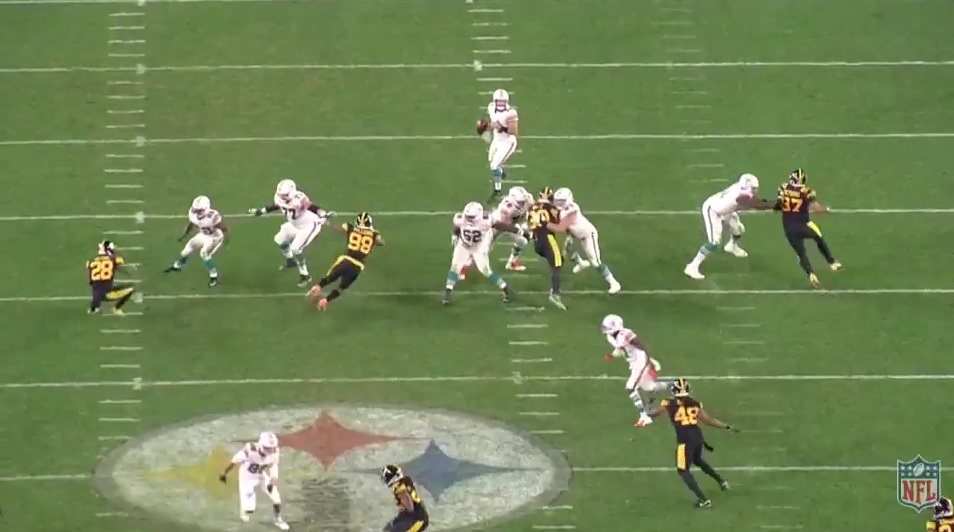 If there’s one thing Keith Butler does well, the man knows how to scheme up pressure. One clip jumped out to me in particular from Monday’s win over Miami. A blending of old with the new. Call it a twist on a Dick LeBeau blitz. Butler has gotten away from many of the core blitzes we’ve talked about in the past, you don’t see that Fire X much anymore, for example, but many of the concepts remain the same.

I randomly stumbled across this clip on Youtube from NFL Matchup, highlighting the 2010 regular season game against the New York Jets. In the video linked below, Jaws draws up how LeBeau used James Harrison on an off-ball blitz to hit the B gap and get one-on-one with the back, a matchup he easily one. Led to pressure on the QB a hurried throw, and nearly a pick.

It made me think of what Butler ran Monday night. There were some differences. Butler busted out the 1-5-5, getting all three inside linebackers on the field as a way to maximize the talent there while minimizing Stephon Tuitt’s loss, and he rushed only four defenders, not five like LeBeau in the above clip. One of those was slot corner Mike Hilton. But hey, if you can rush one fewer player and still get pressure, all the better.

But it all functions the same. Cam Heyward loops around to contain the backside. Hilton contains the frontside. Most importantly, TJ Watt slants down from the C gap to the A gap to draw the guard and center inside, allowing Vince Williams – just like James Harrison – to come off that to the outside and loop around. 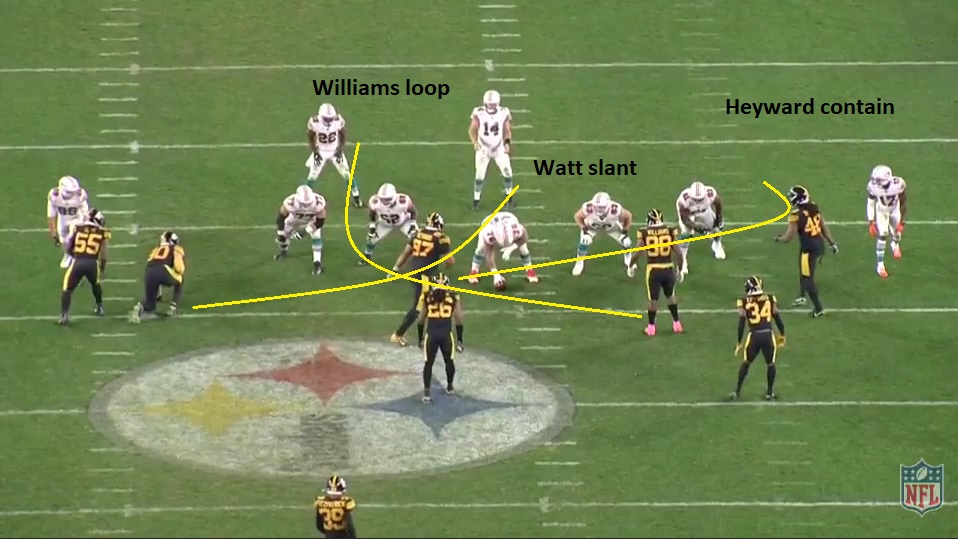 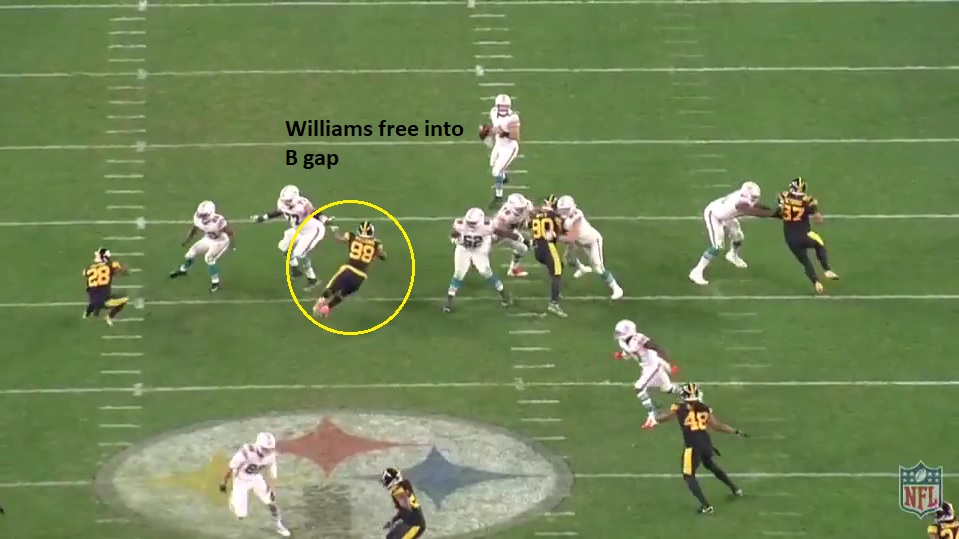 Here’s a look at the entire play.

And this time, there is no back to even attempt to pick up the off-ball blitz. It’s an empty set, leaving Williams to have a free shot at Ryan Fitzpatrick. Like the Steelers defense nine years ago, they get pressure on the QB, force a hurried throw, and this time, it’s picked off by Minkah Fitzpatrick.

Fitzpatrick reaps the benefits of an idea that was on display in 2010. Back when he was an 8th grader. Now, he’s making plays on the game’s biggest stage.

Sure there are countless examples of this and Butler obviously learned plenty from LeBeau so I imagine none of this is shocking, but a cool blend of old with the new I wanted to pass along.