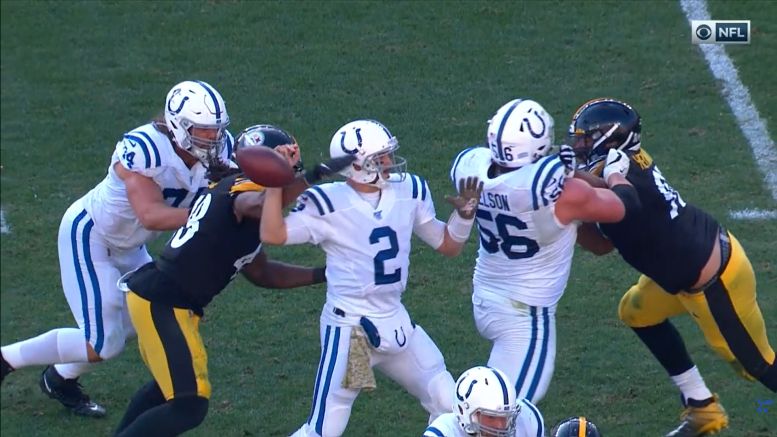 The Pittsburgh Steelers have used just one first-round pick on an offensive player since 2011, when they drafted defensive end Cameron Heyward in the first. The following year came guard David DeCastro, but every year since has been a defender: Jarvis Jones; Ryan Shazier; Bud Dupree; Artie Burns; T.J. Watt; Terrell Edmunds; and now, Devin Bush.

In other words, he’s seen a lot of high-pedigreed guys come in here. And he’s seen the variety of success and failure that has come with them. Jones didn’t last past his rookie contract. Burns likely will not, either. Two of them—Shazier and Watt—have joined Heyward in the Pro Bowl, but the former is of course unable to play any longer.

Then there is the guy in the middle, Bud Dupree. While he’s never had a bad season, he would also be the first to admit that he has underperformed relative to his draft status. He’s ready to flip the script on his career, however, and is putting together a strong season to combat the narrative out there about him.

With what he’s seen on the field this year, Heyward is buying. Playing under his fifth-year option, Dupree will be an unrestricted free agent in March if the Steelers don’t tag him or reach a new with him.

“When we get there, we’ve got to hold on to him as much as we can”, Heyward told Will Graves of the Associated Press about Dupree’s impending free agency status. Of the offseason, he said, “he didn’t make a big deal about getting a contract or anything. Just worked his tail off and challenged himself”.

We have seen him grow incrementally each of the past couple of years, Truthfully, what we are seeing him do now should not be a great surprise. The biggest difference so far between his current efforts and his performance a year ago is that he is finishing more of the plays that he is helping to create. It was the natural next step in his development.t

Of course, so much of this talk is coming only after he played the best game of his career, which included two sacks against Anthony Castonzo, including a strip sack on fourth down, and a critical run stop on third and one at the end of the game.

What he must do now is quite simply continue what he’s been doing. His first-half statistics are good; he has to keep going through the second half and finish the year strong.