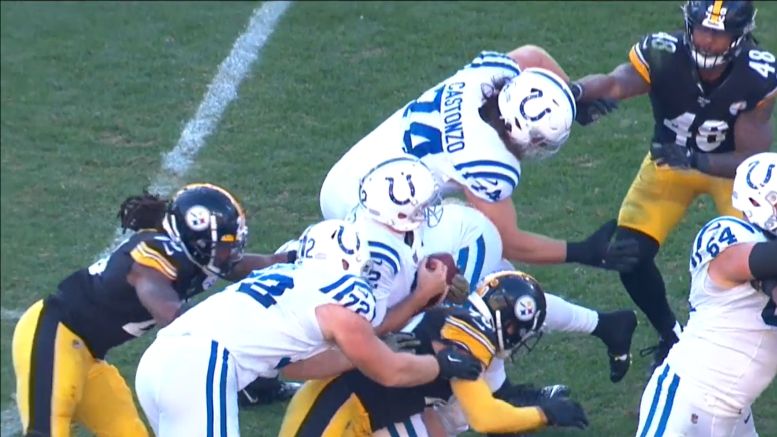 Topic Statement: The Steelers will have two defender reach double-digit sacks in a season for the first time since 2010.

Explanation: During the last heyday period for the Steelers’ defense, they had James Harrison and LaMarr Woodley make a deadly combination at outside linebacker. There was a short period of time in which they would each put up 10-plus sacks every year, and their pressure was a focal point of the defense, and a driver of their success. They have two outside linebackers in T.J. Watt and Bud Dupree currently on pace to hit double-digit sacks this year.

At this point, it’s all but a guarantee that Watt will reach 10 sacks. He has already shown himself to be one of the most skilled edge outside linebackers in the league—and he only needs two and a half sacks to get there. There has only been one eight-game stretch in his career in which he has had fewer, and that was between Week Two and Week 10 of his rookie season. He had two sacks in the game before, and one in the game after.

As for Dupree, even though he is at his career-high of six now, he only needs four over eight games to get there, and he has shown improvement over the course of the season. The past two weeks especially have been impressive for him, even seeing him named Defensive Player of the Week, the second game in which a Steelers defender received the accolade.

Even considering Dupree’s improvement, four sacks in eight games is still a challenge, and one that realistically he can fail to meet while still playing well. He has a long history of generating pressure without finishing it off with a sack, after all.

And if Dupree doesn’t do it, it’s unlikely that anybody else will. Cameron Heyward, who has gotten 12 before, would obviously be the next best candidate, but it’s extremely difficult for a 3-4 lineman to hit double digits. His was only the third such season in franchise history.