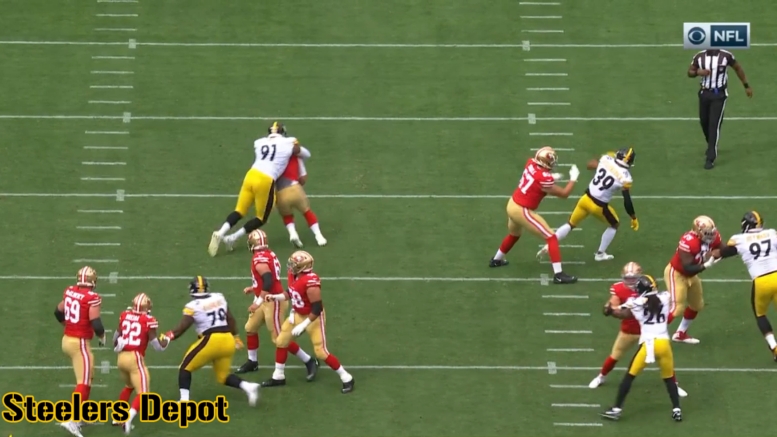 Explanation: While the Steelers have one of the most productive pass-rush games in the league right now, they are also going up against one of the top offensive lines with the Colts, which is somewhat surprising given how terrible they were just a few short years ago, a major contributor to Andrew Luck’s premature retirement. Now without one of their top pass-rushers, this will be a serious test to see how well they can get after the mobile Jacoby Brissett.

For the most part, the Steelers haven’t exactly played against the stiffest competition this year in terms of offensive lines. Even when they played the San Francisco 49ers, they got a break with Joe Staley being out. The competition level against the Colts with guys like Quenton Nelson will be a new level they haven’t had to go up against yet.

Don’t expect T.J. Watt to go off again the way he did this past week, playing against a below-average right tackle. He’ll give up some pressures, but will win his fair share of matched. And Anthony Castonzo at left tackle may be having his best season, which is not good news for Bud Dupree.

The Colts are a team this season that is flourishing by avoiding the unforced errors, and that includes pre-snap awareness, understanding protections, picking up stunts and blitzes, things of that nature. If there is going to be a bump in the road for Pittsburgh in getting after the passer, it’s this week.

Watt, now even further removed from his ab injury, is one of the best young pass rushers in the NFL right now. He is capable of having success against anybody, not just replacement-level starters. He’s winning with intelligence and foresight, knowing how to use a tackle’s tendencies against him.

And Keith Butler has, if nothing else, shown for years an ability to dial up the blitzes and get them home, so they can still create pressure with five-man rushes, or with non-traditional four-man rushes. Get Vince Williams a lane, and your quarterback is going down.

The Steelers have one of the top 10 pass rushes in terms of getting pressure with a four-man rush this year. While their level of competition may not have been superb so far, this is just the game to show that it’s legitimate.