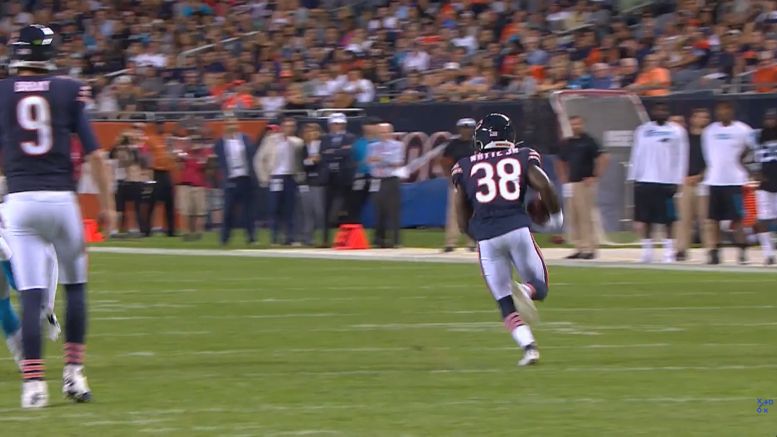 Topic Statement: Kerrith Whyte will be the Steelers’ primary kick returner for the rest of the season.

Explanation: Amid recent changes to their depth chart on the team’s website, the recently acquired running back is now listed at the top of the depth chart at kick returner. It’s something he did collegiately and in the preseason as a rookie this year for the Chicago Bears.

While he didn’t work that role in the regular season in the three weeks he was on the Bears’ 53-man roster, Chicago did use him at kick returner in the preseason. In Week Three, he returned three kicks for 77 yards with a long of 30. He returned two kicks for 61 yards, including a 41-yarder, the week before that. So he totaled 138 return yards on five returns, with one of 40-plus.

That’s substantially better than anything the Steelers have been getting out of their kick return game. Ryan Switzer, who is done for the season, hasn’t offered the unit any spark, even taking into consideration the typically awful blocking.

Collegiately, Whyte recorded 81 kick returns for 2115 yards with two touchdowns, which his last season being his best. On 19 returns, he picked up 545 yards, a 28.7-yard average, with a touchdown. As mentioned in the explainer, he’s listed as their number one kick returner, too, so it sounds like they intend to put his 4.37 speed to good use. Considering they let Tony Brooks-James do it last week, and he’s not here anymore, it seems more than reasonable to think this is the intention.

In fact, it’s more than likely that he won’t. they have five running backs on the roster. It’s not terribly uncommon for them to have four, but five is clearly excessive, and Trey Edmunds has already established himself as a core special teamer. In Roosevelt Nix’s absence, his role has become even more important, and he may even assume fullback roles, as the depth chart indicates.