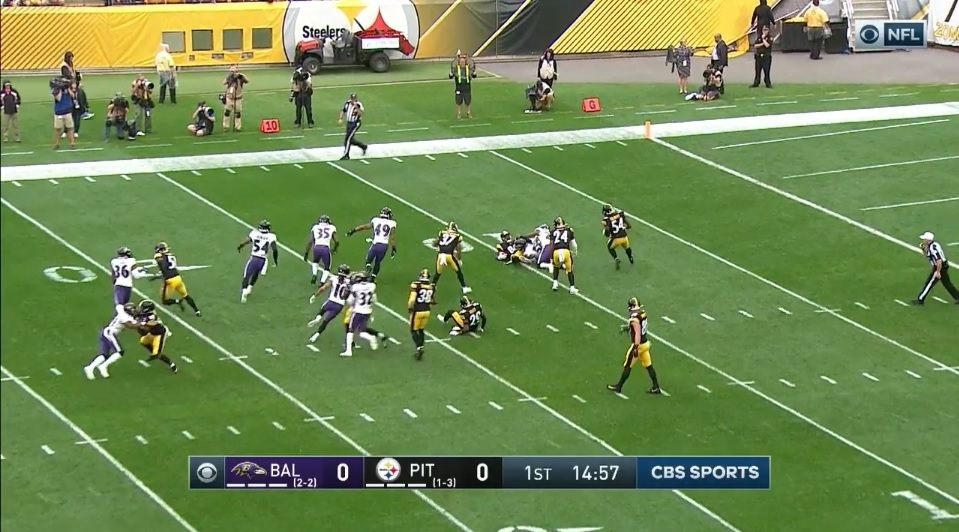 We know Diontae Johnson will be the Steelers’ punt returner this season. Who will return kicks? Stay tuned. Speaking with reporters after practice Thursday, Tomlin said the team has a few candidates they’re still evaluating.

“We like our candidates in the kick return game,” Tomlin said in a Zoom Q&A.. “We’ll continue to work those guys. And we’ll identify a guy I’m sure before kickoff next week.”

McFarland has just one collegiate kick return, though he brought it back 40 yards, but don’t mistake his lack of involvement there wasn’t for inability. McFarland was Maryland’s #1 running back, making the team weary of also using him in the kick return game, and backup Javon Leake was an excellent return man for the Terps. McFarland has the skillset to be an asset on that unit. If he can earn the coaches trust, more difficult to do in a year without a preseason, he could get the starting nod.

If history is any indication, there will be a new face in the kick return game. Just as there’s been every year since 1994. One of the most depressing “stats of the weird” I can offer, here’s a list of the Steelers’ leading kick returner year-year-year since then. A different name every single season.

You have to go back to Rod Woodson in 1992 and 1993 to find the same return man used in consecutive years. It’s one in a long list of reasons why the kick return game has struggled so much in recent years. No consistency in personnel. Though on the other hand, their struggles suggest new faces need to be added and McFarland seems like a much-needed spark to that unit.