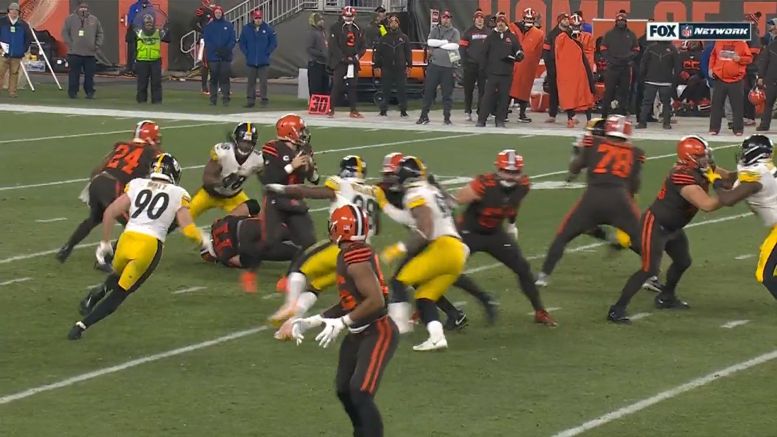 Question: Will the Steelers be able to keep Baker Mayfield inside the pocket this time?

Arguably the single biggest factor in the Steelers’ last game against the Cleveland Browns was the fact that, while they were able to generate pressure against their offensive line and get Baker Mayfield on the run, the quarterback was time and again able to escape the pressure and continue to make plays. Some of the most significant plays of the game for Cleveland came off-script after the pressure broke down.

Head coach Mike Tomlin talked about this lack of pocket control as the story of the game last time around as the Steelers fell to Cleveland 21-7, their only loss in their past six games. They know that they have to do a better job of containing him this time around, even if they’re not bringing him to the ground but simply forcing him into unsuccessful plays.

One notable factor is that this game is at home, and the pass rush as been more potent at Heinz Field than away from it, where nearly three quarters of their sacks on the year have come (granted, they’ve played one more game at home than away).

If they’re going to continue to let Mayfield get out of the pocket and connect on his throws, it’s going to be next to impossible for the Steelers to win this game, which would just about mean that their season is over, so keeping him in the tackle box is priority number one on Sunday, as far as I’m concerned.