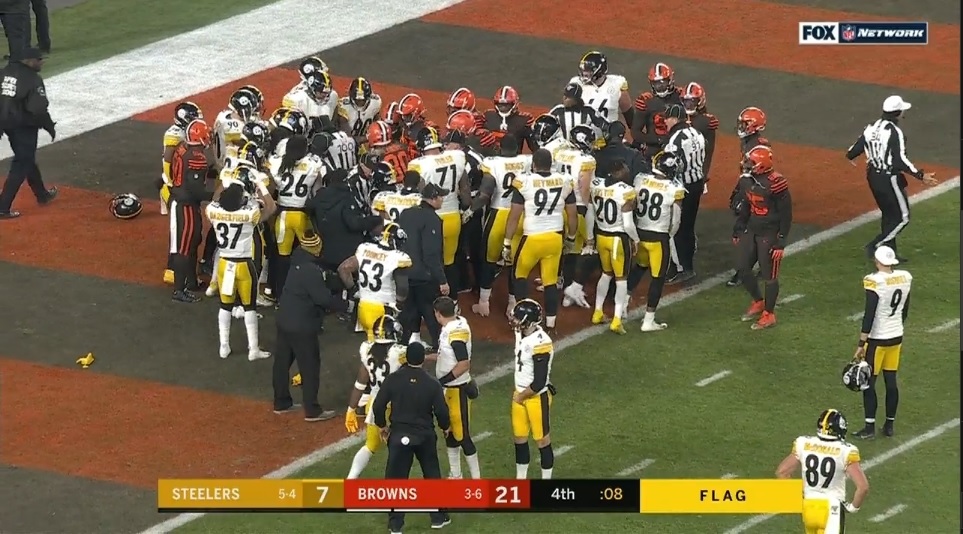 We told you to expect plenty of Pittsburgh Steelers’ players to have lighter wallets following the end-game fight that occurred last Thursday. In total, nearly half the roster, 20 players, have been fined from everything that happened in the final seconds of the game.

ESPN’s Adam Schefter provided the complete list, totaling 33 players in all. Most of them were fined for illegally entering the field during the fight. Meaning players who came from the sidelines and onto the field.

Full list of discipline, from the November 14 Steelers-Browns altercation: pic.twitter.com/pomGnc6HYX

19 of those, everyone but Rudolph, were fined $3,507 were entering the fighting area. Rudolph was fined $50,000 for unsportsmanlike conduct. Maurkice Pouncey, in addition to being suspended two games, he was fined an additional $35,096. That fine was upheld during his appeal and can’t be reduced.

NFL fine money goes to charity. And there is a lot of it heading that way after this week. Currently, if you include the fines assessed to both organizations, the final number comes to $732,422.