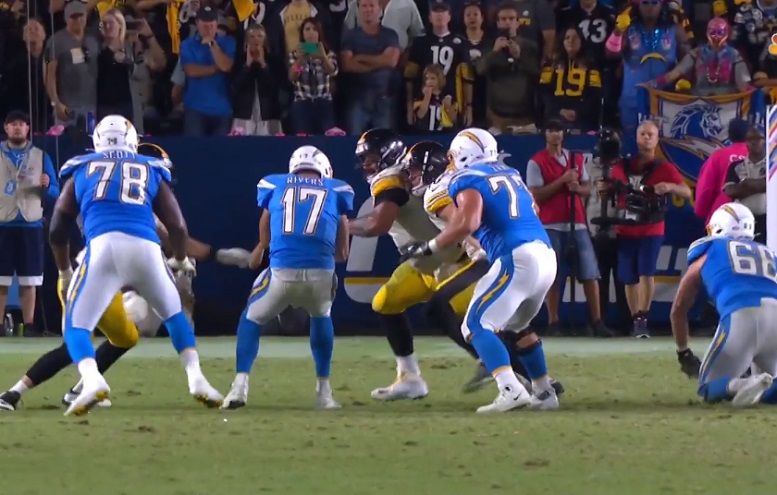 Pittsburgh Steelers head coach Mike Tomlin addressed the loss of defensive end Stephon Tuitt for the remainder of the season during his Wednesday press conference and within that he noted how well the former second-round draft pick out of Notre Dame had been playing prior to him going down injured. While Tomlin also addressed the Tuesday re-acquisition of defensive end L.T. Walton following Tuitt being lost fr the season, he made sure to point out that replacing the injured defensive end won’t be easy.

“Obviously it won’t be him [Walton] in replace of Stephon Tuitt, there’ll be a lot of guys, not only in the d-line room, but maybe also in the outside linebacker room,” Tomlin said Wednesday. “We’ve got to acknowledge Stephon was playing really good football, particularly as it pertains to the rush and the rush has been a catalyst for a lot of positive things for us. So, we have to keep it hot and so whatever that entails in terms of utilization of people and combinations of people, we’re willing to do.”

With Tuitt now out for the remainder of the season we should expect to see a lot more of defensive tackle Javon Hargrave and defensive end Tyson Alualu starting as soon as the team’s Week 8 Mnday night home game against the Miami Dolphins. On Wednesday Tomlin was asked specifically about Hargrave and how far he’s come in a couple of years from being a nose tackle in the team’s base defense to being able to play in sub packages as well.

“He did that a year ago,” Tomlin said. “Stephon missed a block of games a year ago and he [Hargrave] was highly productive. So that won’t be a new discussion. Obviously he’ll be first up in terms of assuming some of those responsibilities, but he’s proven that he’s capable of that in the past.”

With Tuitt now out for the season, is rookie defensive lineman Isaiah Buggs, one of the Steelers three sixth-round draft picks this year, ready to start dressing for games and playing a few snaps as an occasional relief player on the defensive line?

The Steelers usually like to dress five defensive linemen for every game and with Tuitt now out for the season either Buggs or Walton will be that fifth player starting in Week 8 against the Dolphins. While Walton hasn’t played since the preseason with the Buffalo Bills, Tomlin made it sound like on Tuesday that the team’s former sixth-round draft pick out of Central Michigan has just as good of a chance to dress as Buggs does in Week 8.

“There’s a guy that we have familiarity with,” Tomlin said of Walton, who was cut by the Bills prior to the start of the regular season after playing roughly 150 defensive preseason snaps for them. “A guy who’s been a part of our program, a guy that understands the culture here. And took a look at him and he’s physically ready to go so we’ll add him to the mix.”