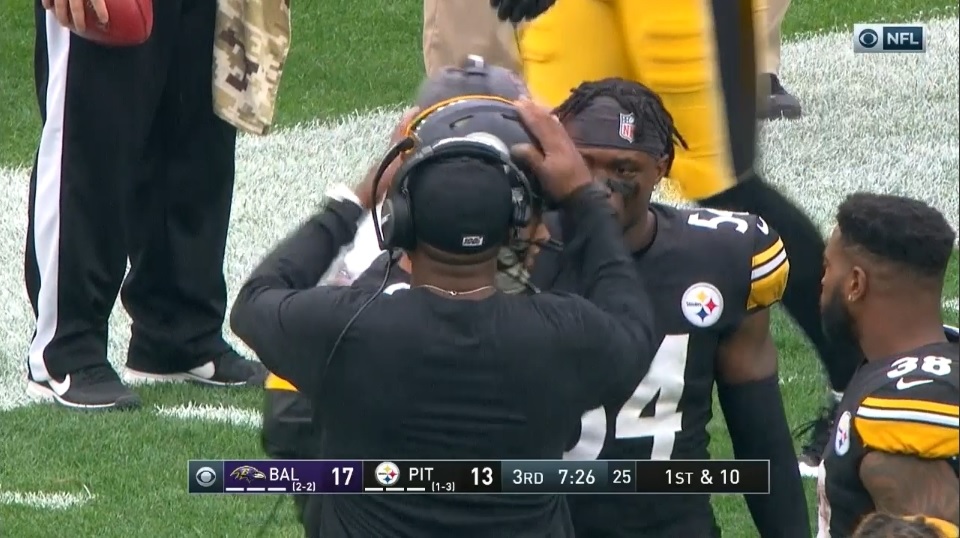 There’s plenty of lore surrounding how Devlin Hodges got his “Duck” nickname, which, if you haven’t heard, is credited by his college coach. But it’s worth exploring how exactly the Pittsburgh Steelers found a totally unknown quarterback from Samford. Speaking with Steelers.com’s Bob Labriola, head coach Mike Tomlin explained the process and the fact there was less that went into it than you might think.

Tomlin said Hodges, originally invited to rookie minicamp on a tryout basis, was never on his personal radar.

“Devlin Hodges drew the attention of several people in our scouting department and that’s how we got on his trail.”

All Tomlin was given by his staff was “profile tape,” which I assume is a highlight/compilation reel.

“I did not watch game tape,” he said. “I watched the profile tape, and often times, that’s the case when you start talking about guys who are camp invites. You get a gist of who they are, and you get enough to get an understanding of what maybe walks through the door, and then you develop your opinions based on what happens that weekend.”

And that makes sense. The scouts are the ones who have followed each player and school throughout the process. The ones who know the region, the diamonds in the rough, able to talk to coaches and trainers and administrators to try and find that gem. Though the Steelers have a pretty rich history of getting tryout players signed, the odds of any one player getting inked to a deal is still low, making it unreasonable for the head coach to personally invest significant time in the process.

But Hodges got the phone call and once he made it to Pittsburgh, immediately impressed.

“I was really impressed by his ability to anticipate and get the ball out on rhythm even with new exposure to offense and receivers. That’s an indication of football intellect or feel for the game that’s been consistent throughout.”

While he was unknown to the NFL, he was well-known to his school and the region. Samford was a top FCS school that hung with D1 powerhouses. In 2016, they lost 56-41 to Mississippi State, a game where they trailed by just eight at halftime, and in 2018, nearly upset Florida State before falling at the end.

The NFL is a different beast but hey, Hodges will be starting in a 27,000 seat capacity stadium in LA this weekend. That’s smaller than those college arenas. And if there’s one thing Hodges has shown capable of, it’s his calm and steady demeanor.

And if he gets a win today? The legend of Duck will only quack on.