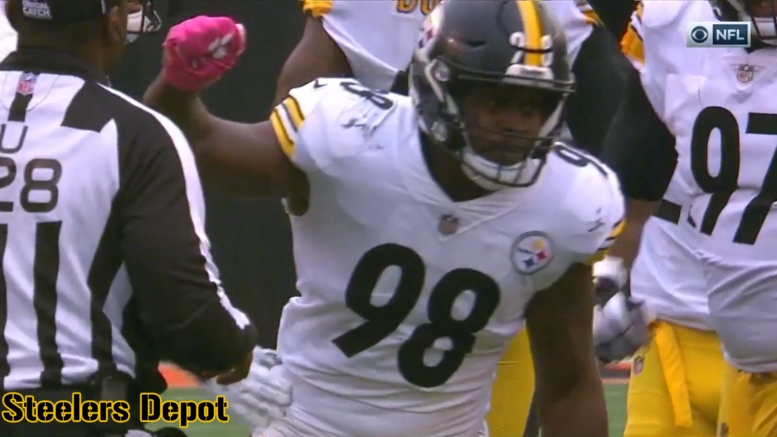 The Pittsburgh Steelers will count on several names to replace Stephon Tuitt. Javon Hargrave steps into a more prominent role. Tyson Alualu will be his “official” replacement in the team’s base 3-4 defense. Count Vince Williams as one of those men asked to fill Tuitt’s large shoes. On the surface, he’s an unlikely candidate. An inside linebacker, 100 pounds lighter, who isn’t going to mix it up with a guard the way Tuitt has bullied linemen this year. But Mike Tomlin sees the value he brings as a pass rusher to the defense. In his weekly interview with Steelers.com’s Bob Labriola, Tomlin explained what he meant.

“Vince Williams is an inside linebacker who has shown over the years that he is a capable blitzer and rush-man, and we’ll have a rover package on some possession downs where essentially Vince Williams will act as a fourth rusher,” Tomlin said.

Williams has statistically been the league’s top off-ball blitzing linebacker over the past several years. Here are the sack leaders at the position since 2017.

Williams already has one sack this season, picked up against the Baltimore Ravens, and had a pressure versus the Los Angeles Chargers that led to Devin Bush’s scoop and score. Few are able to win one-on-one matchups against running backs like Williams is capable of.

What will the “rover” package look like. A little hard to say. Williams does his best work rushing into the B gap but he’s versatile enough to align all over the front. Having him rush from different, unpredictable spots is a great way to keep the RB on his toes and a way to stress protections.

Williams being that fourth rusher hints at the Steelers desire to create “safe” pressure. Still only rushing four, dropping seven into coverage, but being creative in how that fourth man attacks the offense. Given his history and how woeful the Dolphins’ line has been this season, they’ll be without their starting center for the second week, odds are good Williams is doing a sack dance at some point tonight.