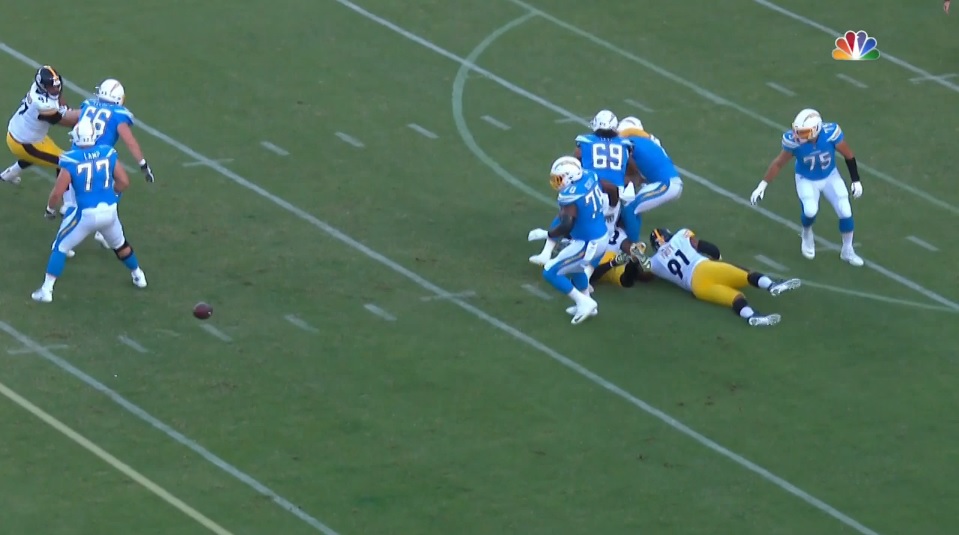 During the first defensive drive in their game against the Los Angeles Chargers on Sunday Night Football, the Pittsburgh Steelers were dealt a huge blow when Stephon Tuitt left with a reported pectoral injury.  He returned to the sideline in a t shirt without any wrap or brace but was noted by spectators to be keeping his right arm close to his side.  Steelers fans held their collective breath for a day and got the bad news on Monday in a tweet from Chris Mortenson:

The @Steelers outstanding DL Stephon Tuitt did tear pectoral and will need surgery, out for year, per sources. No longer a “fear” but reality. Another huge setback for team.

It was a huge blow for the team and also for Tuitt, who was arguably having his best season ever.  He will undergo surgery and miss the rest of the 2019 season.  Sadly, no need for me to speculate on when he might return.  But the good news is that with surgery and rehab, Tuitt should have a complete recovery and be ready to roll in time for training camp next year.  If you want to understand a bit more about pectoral injuries, read on. 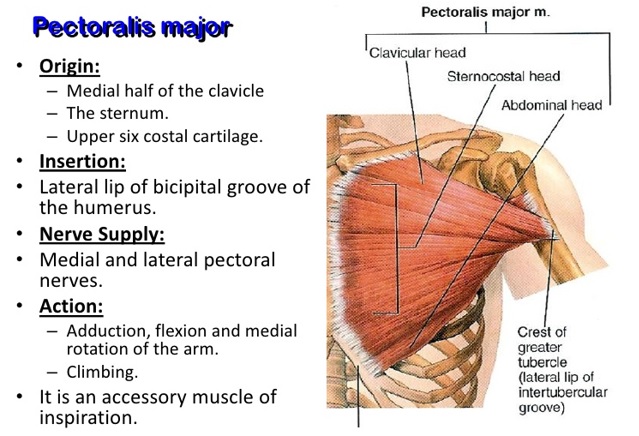 In other sports, such as football, the tendon can tear when there is extreme force on the arm while it is in an abducted, extended, and externally rotated position or with severe traction on the arm.  This was the case with Tuitt, as you can see here:

As Tuitt comes around from behind Philip Rivers, his right arm is pulled up, out and away from his chest.

In the NFL, pectoralis muscle injuries are not that common.  In a review of the NFL databank from 2000 to 2010 published in The Physician and Sports Medicine, only 10 injuries were found, 5 in defensive players while making tackles.  8 ruptures were treated operatively, and 2 cases did not report the method of definitive treatment. The average days lost was 111 days (range, 42-189). The incidence was 0.004 pectoralis major ruptures during the 11-year study period. 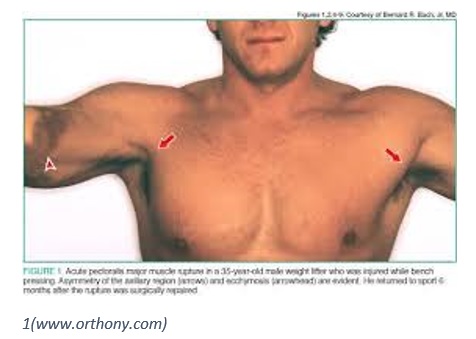 An MRI is used to confirm the diagnosis and assess the extent of the muscle damage.  In Tuitt’s case, the MRI confirmed that it was a complete tear of the tendon rather than a partial tear.

In recent years, several NFL players have undergone surgery for a pectoral injury and come back to play at the same level.  Redskins CB Fabian Moreau suffered this injury on his pro day in 2017, underwent surgery in March 2017 and was able to play in September, a very fast recovery.  Patriots LB Dont’a Hightower had his pectoral injury repaired after an injury in October 2017 and was ready for the following season opener.  For Steelers fans, the most notable is Cam Heyward, who sustained this injury in November 2016 and came back better than ever the following year.  I expect we will see the same with Tuitt, who should be ready to rock when training camp opens in 2020.