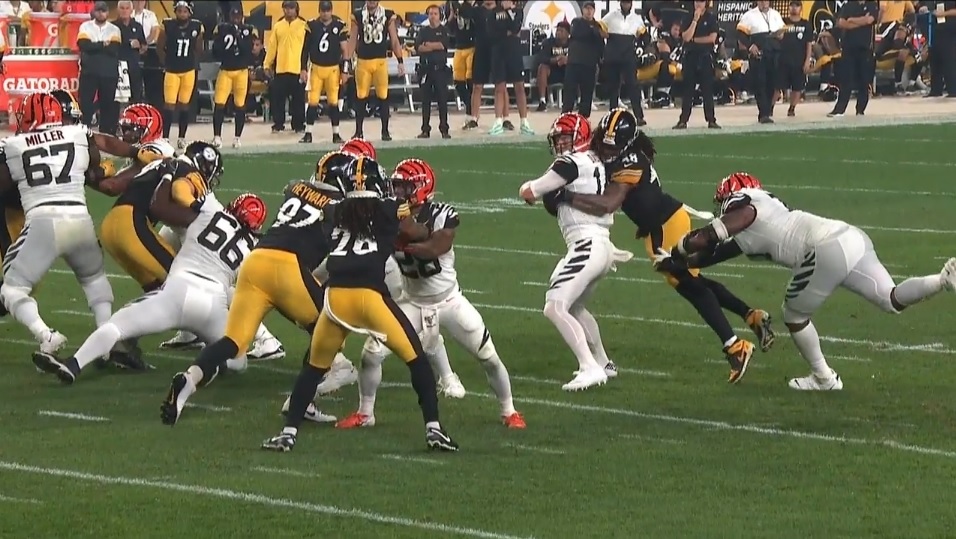 Playing a bad team has its interesting wrinkles to it. the Miami Dolphins are 0-6 on the season, while the New England Patriots are 7-0, so it won’t even be long now before the AFC East is already out of reach, which is pretty remarkable. I can’t help but wonder when was the fastest that a team has ever been eliminated from a division title race, but so far, it can’t possibly be on a faster pace than this.

Yet when teams are this bad, and they understand that their hopes of accomplishing anything as a team during a season have reached non-existent or near non-existent levels, they have a tendency to throw things at you you might not expect, and take risks that teams with stakes to play would not.

Pittsburgh Steelers outside linebacker T.J. Watt was asked about the challenges of facing a desperate team like the Dolphins following practice yesterday. “It’s the National Football League, everybody is out to get everybody, and everybody’s gonna give you their best shot”, he said.

“But as far as a team who has nothing to lose, like you say, who has zero wins on the season, you definitely want to be more prepared for any tricks, gimmicks, in all phases of the game, the offense and special teams”, he went on. “We just have to be very disciplined and prepared for what they have coming to us”.

Of course, when you’re speaking specifically about the Dolphins, one has to wonder. Many have argued that Miami is in the process of deliberately tanking the season in order to get the best possible draft pick, obviously aimed toward drafting a quarterback.

They have already flipped starters twice this season and have flipped back around to legendary journeyman Ryan Fitzpatrick, who has already lost to the Steelers six times with five different teams. He could make it six teams by the end of tomorrow night’s game.

Still, everybody wants to win. It’s a terrible feeling to lose, and to lose constantly and persistently. And going winless, as the Cleveland Browns recently did, carries with it a certain infamy that lingers with you for the rest of your life, to hear former players talk about it as they’ve moved on to other teams.

So will the Steelers have to be on the lookout for any sorts of gadget plays being cooked up for them in preparation for their primetime showdown? Is a fake punt in the offing? Even Pittsburgh had Chris Boswell throwing to Alejandro Villanueva last year, so it’s not as though they’re not aware things like that can happen.