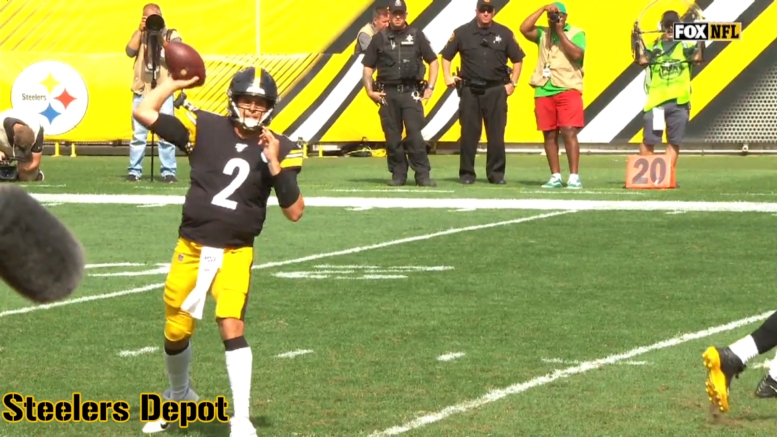 As we’ve done in the past, the keys to the Pittsburgh Steelers winning (or losing) this week’s game. Three things that need to happen for them to end up on the right side of the score and vice versa for Monday night’s contest with the Miami Dolphins.

1. They Open Up The Passing Game

Everyone has talked about this element needing to be incorporated into the offense. And there’s every reason to believe this is the week for things to change. The benefit of the bye week, a poor Dolphins’ secondary with some missing/injured pieces, more comfort with (a healthy) Mason Rudolph. Still want to play smart, still want to take the profit, but it’s time for Rudolph to be more aggressive and take smart chances. Gotta be a little less picky about driving the ball downfield. Trust your receivers to make a play.

2. The Defense Controls The Line Of Scrimmage

Pretty obvious one. While I’ve warned about an improved Dolphins team, one with better stability at quarterback and a run game that isn’t terrible, the offensive line is an utter disaster. There are honestly college offensive lines who would be more successful than what Miami is currently putting out there. Despite the loss of Stephon Tuitt, the Steelers still have plenty of talent and winnable matchups exist across the board. Winning up front opens up everything for the defense…

3. Defense Continues To Be Opportunistic

…like the defense having the chance to make splash plays. If the Steelers don’t walk away from this game with 3+ sacks and 2+ turnovers, it’ll feel like a failure. Like the Chargers win, make a play or two early, jump out to a lead, and force Miami to put all their chips on Ryan Fitzpatrick and those young receivers. They won’t be able to come back from that.

Miami has been playing close games the last three weeks. They know how in reach their first victory is. Head coach Brian Flores and company aren’t afraid to reaching into their bag of tricks to try and compensate for an obvious lack of talent on the roster. Watch out for a fake punt on 4th and short or a WR pass. That’s how Miami will ultimately get their first (only?) win. That one aggressive attempt to put them over the edge.

While the Dolphins don’t have anywhere near the talent as the Patriots do, Flores, the Patriots’ DC last year, is carrying over the same approach. Man heavy unit. This goes back to Rudolph being more aggressive and trusting his guy to make a play. If he’s hesitant, doesn’t trust his eyes or his arm, any DB in the NFL is capable of making you pay. Miami presumably getting CB Xavien Howard back is a boost for them, too.

Talking Steven Nelson and Joe Haden. They’ll be taking on Devante Parker and Preston Williams, a pair of tall, long, vertical-capable receivers who can make plays downfield. You can bet Fitzpatrick will throw a couple jump balls to them and see if they can get a chunk completion. Steelers’ DBs gotta be ready to handle that. Most teams have one tall, big receiver to deal with. Not many others have two. Miami is an exception.