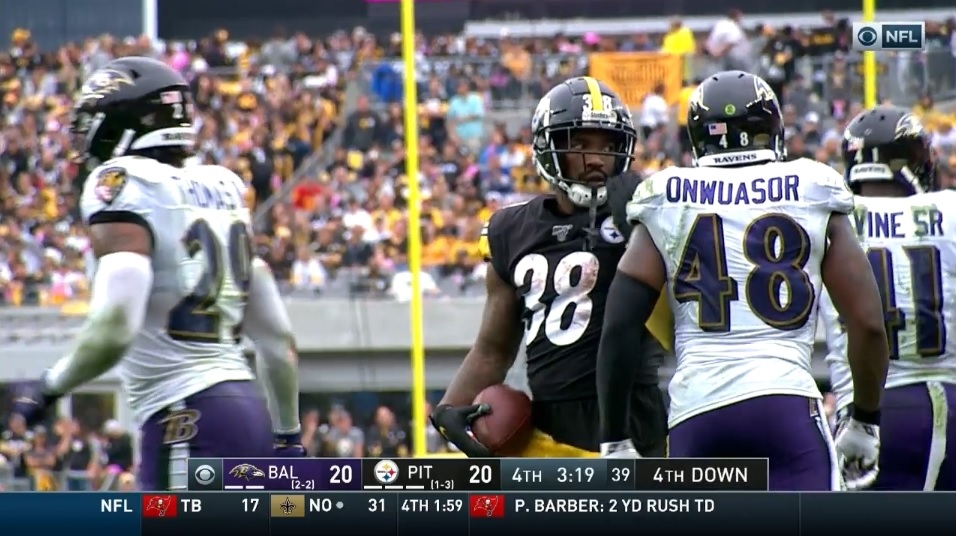 What Randy Fichtner did to improve the Pittsburgh Steelers red zone offense was the best thing he did taking over the offensive coordinator gig last season.

If only that success carried over into 2019.

Through five weeks, the offense ranks a lowly 29th in red zone offense. They’re finding the end zone just 41.2% of the time, a stark contrast to what happened last year. In 2018, they were the league’s best at over 73%. Not only was that #1 in football, it was the highest rate by any team since the 2003 Kansas City Chiefs.

The only teams worse than Pittsburgh in the red zone this year? Arizona, Cincinnati, and Miami. Three teams with a combined 1-12-1 record. The Cardinals are responsible for that win and tie, by the way. Cincy and Miami remain winless.

The odds of Pittsburgh being able to do that again were remote because of how sky-high that number was. But to see it drop all the way to nearly bottom of the league speaks to how much this offense is struggling. There are obvious reasons to blame. Injuries, primarily to Ben Roethlisberger, are an obvious blow to their output. But that can excuse a lack of opportunity better than it can the inability to capitalize once they get inside the 20. This group simply isn’t getting the job done.

And no surprise, has reared its ugly head in the team’s four losses. Here’s their red zone production in each game:

In total, that’s 4/10, 40%. Again, fair to point to the lack of chances, but all that does is heighten the importance of finishing when they do enter the red zone. And this offense is trudging along.

Combine horrible red zone offense with an equally bad third down offense – also 29th in football – and you get the current results. It’s honestly a minor miracle the offense is scoring as much as they are, 22nd in points per game, though you can thank a few chunk plays and a defense repeatedly giving their offense great field position for that. Pittsburgh’s tied for the fourth most drives starting in their opponent’s territory.

I know it’s adding the depressing frosting on this very sad cake that is the Steelers’ 2019 season. But to win in the NFL, you have to win on third down and win in the red zone. Pittsburgh did it last year and was rewarded with one of the league’s most potent offenses. You’re seeing what happens when both numbers do a 180. Now, they have one of the worst. And the honeymoon phase with Fichtner is long gone. Now, most are hoping for a divorce.