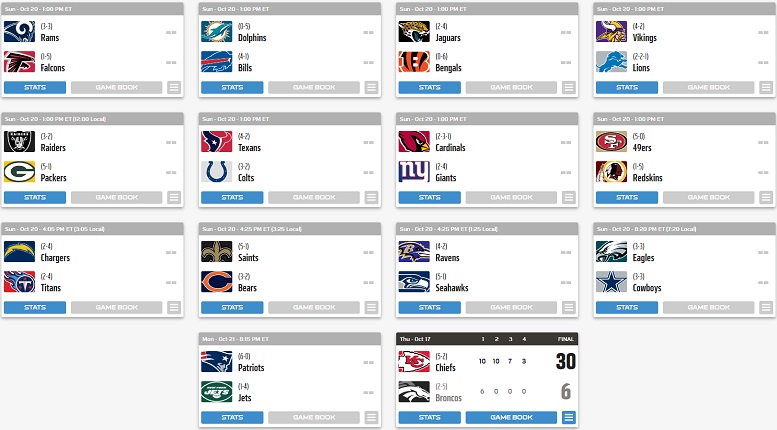 With the Pittsburgh Steelers on their bye in Week 7 it’s a perfect opportunity to do a little scoreboard watching on Sunday. Usually Week 7 is far too early for any scoreboard watching to take place but with the Steelers sitting at 2-4 and well outside of the playoff picture, it can’t hurt to root against a few teams on Sunday.

The Steelers will host the Dolphins on Monday Night Football in Week 8 and if we are to assume that the Bills won’t be able to catch the New England Patriots, it’s probably a good idea to root for an upset in this game. The Bills, who the Steelers will also play later in the season, entered the weekend as the No. 5 seed in the AFC. A win for the dolphins on Sunday in Buffalo would only be their first of the season. The dolphins are huge road underdogs in the game, but maybe veteran quarterback Ryan Fitzpatrick can pull off the improbable prior to his team traveling to Pittsburgh a week from Monday night.

It probably really doesn’t matter which team wins this AFC South game on Sunday but with the Colts currently being ahead of the Steelers in the Wild Card race it’s not hard to root for them to lose on Sunday at home. The Colts are also on the post bye schedule of the Steelers and they will play Pittsburgh at Heinz Field in Week 9. If, however, you think the Steelers have a good shot at possibly overtaking both the Texans and the Colts in the final 10 weeks of the regular season, by all means root for them to beat the Colts. Perhaps this game ending in a tie is the best possible outcome but we all know how unlikely that is to happen.

Yes, even the Raiders are ahead of the Steelers in the AFC Wild Card race entering the Week 7 weekend and with them playing out of conference on Sunday against the Packers it’s very easy to root for them to lose at Lambeau Field. The Raiders are currently the No. 6 seed in the AFC entering the weekend and a Sunday loss to the Packers would certainly drop them lower and with striking distance of the Steelers in Week 8.

The 2-4 Jaguars will play the winless Bengals on the road on Sunday and on paper this is a game that the home team has a shot at winning. The Jaguars enter the Week 7 weekend as the No. 9 seed in the AFC, one spot ahead of the Steelers. A Jaguars loss would obviously help the Steelers while a win by the Bengals on Sunday should be insignificant in the grand scheme of things with the Steelers having already beaten them once and with a rematch still ahead on the schedule.

Does it really matter who wins this game? Probably not, as both teams enter the Week 7 weekend behind the Steelers in the AFC playoff picture with 2-4 records. The Steelers beat the Chargers last week, so they own head-to-head tiebreakers over them. Personally, I see the Chargers as potentially the stronger team of the two and thus still a team with Wild Card chances. Because of that I suggest rooting for the Titans to beat the Chargers on Sunday.

This is the game all Steelers fans will have their eyes on Sunday afternoon and with good reason. The Ravens currently lead the AFC North with a 4-2 record and Sunday begins the toughest part of their 2019 regular season schedule as they will play the Patriots after their Week 8 bye. Back-to-back losses by the Ravens in their next two games could potentially set up and interesting final half of the regular season should the Steelers win their next two games against the Dolphins and Colts. This is an easy one, root for the Seahawks to beat the Ravens Sunday afternoon in Seattle. 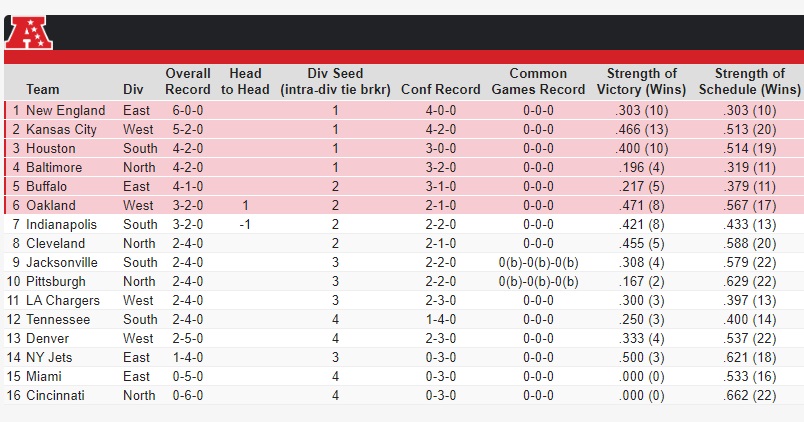