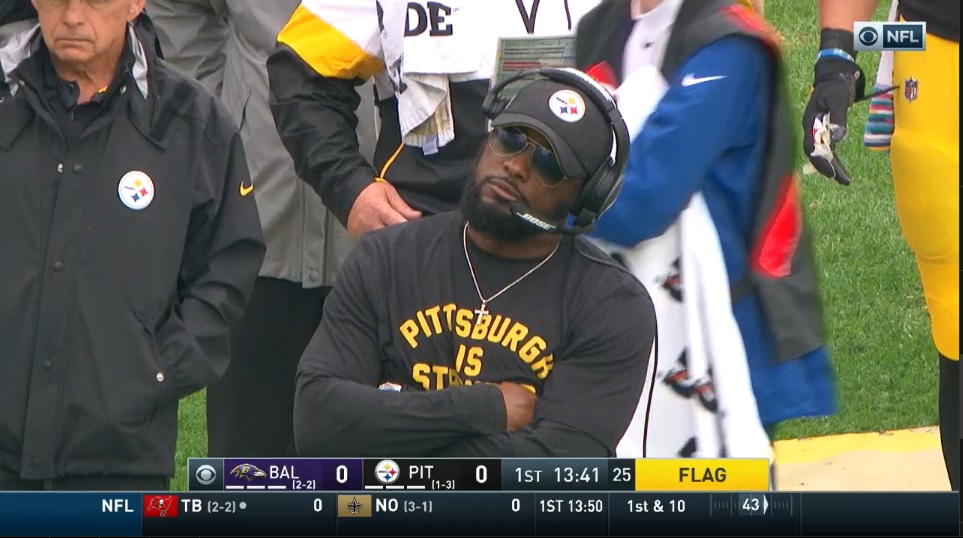 Jay Gruden was the first NFL head coach to be fired, canned by Washington Monday morning after a hapless 0-5 start. One name owner Dan Snyder would like to replace him with? Pittsburgh Steelers head coach Mike Tomlin.

That’s the report from Ed Werder, who included Tomlin on a short list with two other coordinators as men Snyder would consider hiring.

In a recent conversation with someone who knows Dan Snyder well and is aware of his thoughts on potential next #Redskins head coaches that any list of candidates would include: #Steelers HC Mike Tomlin, #Bucs DC Todd Bowles, #Chiefs OC Eric Bieniemy.

Of course, Tomlin is still very much the Steelers head coach and just signed a contract extension this offseason. Wishing is a lot different than getting and there’s currently no reason to believe Tomlin is actually in play for the DC job. But those in the media think Snyder – somehow – will make a play for him.

I firmly believe that Dan Snyder's primary objective in his next coaching hire will be to find a way to acquire Mike Tomlin from the Steelers. We'll see how feasible that may be

Tomlin has every reason to stay in Pittsburgh as long as they’ll allow him. Going to Washington would be a total 180 of organizational shifts. Bad management, knee-jerk reactions, and frankly, just unlikable people in their front office.

It’s unclear how, as La Canfora’s tweet notes, Snyder would try to “acquire” Tomlin. Trading head coaches has happened before. Most famously, Jon Gruden was dealt from Oakland to Tampa Bay. But there’s a limited precedent, especially in very recent football history.

Bottom line. Don’t expect Snyder’s interest to amount to anything. But it’s a story that will likely remain in the news as Tomlin and the Steelers struggle in 2019 and likely to finish with a losing record for the first time in his tenure.