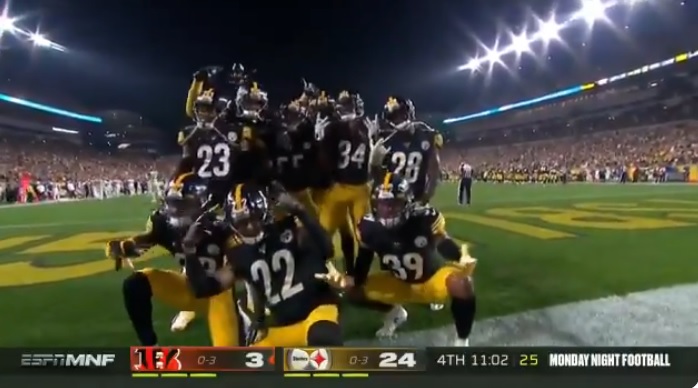 Winning is often said to be a cure-all for all sorts of ills in the sports world, and while that might not be entirely true, it can certainly be a band-aid, a salve to nurse some festering wounds. Conversely, a series of losses can have the effect of opening some wounds that were not as obvious when times were better.

For the Pittsburgh Steelers, having lost four of their first five games, they are about as exposed to the elements that they can be, with not a great deal of optimism about their immediate future on the outside world. That starts with their lacking Ben Roethlisberger, now Mason Rudolph also expected to be out this week.

During his pre-game press conference earlier today, though, head coach Mike Tomlin talked about how he was not in the business of making excuses for their circumstances. When asked how he would handle any players in his locker room looking to do so, he simply didn’t think it would come up.

I don’t anticipate that, and like I’ve said repeatedly, I’m not big into the hypotheticals. We’ve got a right-minded group. We’ve got a group that’s competitive by nature. A group that’s pissed off, to be quite honest with you, and appropriately so, but not misplaced, or displaced. We don’t see ourselves as misfortunate. We’ve had control and opportunity to win these games, and our record is our record, and so we’re bringing that approach to our preparation. That’s my level of expectation, and I don’t waste a lot of time hypothesizing about any other.

For as bad as the Steelers’ current predicament is, I do tend to agree with Tomlin’s assessment here. From the looks of it, at the very least, their locker room collectively appears to be one that has a resolve about it and an eagerness to work through struggles, to improve in the name of winning games, rather than looking to justify losses.

The wins haven’t come yet—with the exception of a blowout against an 0-5 Cincinnati Bengals team—but this is a group that won’t quit in the pursuit of them, no matter what hand they might be dealt by circumstance, whether it’s related to injuries or anything else.

It starts with leaders such as Cameron Heyward and Joe Haden, but we’ve also seen this level of resolve from younger faces such as Minkah Fitzpatrick and Diontae Johnson. They haven’t been in this game particularly long, but they understand that the only way to win games is to get better.

Their next opportunity to win a game will come out west against the Los Angeles Chargers, to whom they lost at home last season. And they will likely have Devlin Hodges under center. But that isn’t a pre-written excuse to lose this game. They’ll head out fully expecting to be able to come out with a victory.