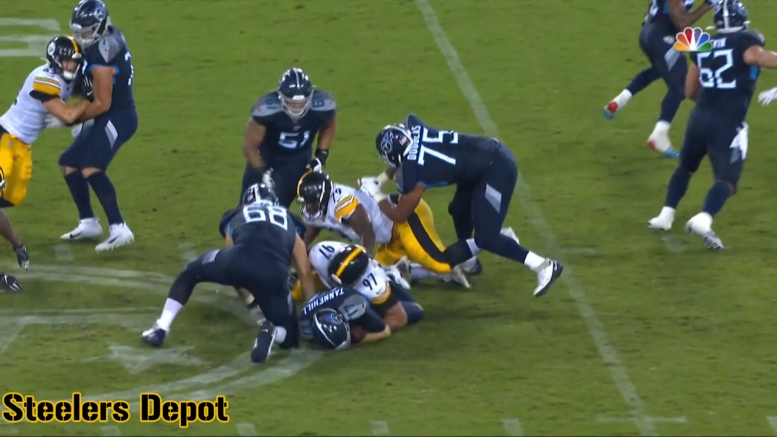 While the primary lens of focus in the aftermath of the Stephon Tuitt injury is on veteran Tyson Alualu, who will be replacing him in the starting lineup for the Pittsburgh Steelers, we understand that he won’t be replaced simply by one player stepping in and playing his exact same role.

Even Mike Tomlin has said that it would take a collective effort on the part of the entire defense, including the linebackers and the edge rushers in order to fill the significant void left within the unit with Tuitt no longer on the field for them through the remainder of the season.

That also includes Javon Hargrave, their nose tackle, entering his fourth season and, frankly, preparing to cash in next Spring. Most likely being paid by another team, likely one who runs a 4-3 defense, but the Steelers will still put forth the effort. And he’s never had a better opportunity to prove his value than over the next 10 games.

A third-round pick in 2016, Hargrave was an instant starter insofar as the nose tackle still has a ‘starting’ role in today’s game. His snap count has increased incrementally each year, though that has largely been tied to injuries. More importantly, though, he has grown and gotten better with each passing year.

“It’s the NFL, you either grow or you don’t”, he told Will Graves of the Associated Press yesterday. “Every year I’ve gotten better and try to get better at what I do. I’m more confident than ever and really just ready to put it out there”.

So far through six games, Hargrave has compiled 14 tackles, including two for a loss, and two sacks with three quarterback hits. He is coming off his best season in 2018, during which he recorded 49 tackles with six and a half sacks.

Now that Tuitt is no longer available for the remainder of the year, the nose tackle will play a much bigger role for a longer period of time than ever before, which will include snaps aligned as a true 3-4 defensive end.

The Steelers have talked about Hargrave having position flexibility since they drafted him, but have not always been so eager to use it. He has gotten some opportunities in the past when Tuitt has missed a couple of games, but never on such an extensive scale as he now has.

It will be interesting to see just how extensively he plays going forward, now that he is at the height of his game and the coaching staff should be as comfortable and confident in him as they will ever be. Between him and Alualu, a lot is on their shoulders to uphold a certain quality of play along the defensive line.