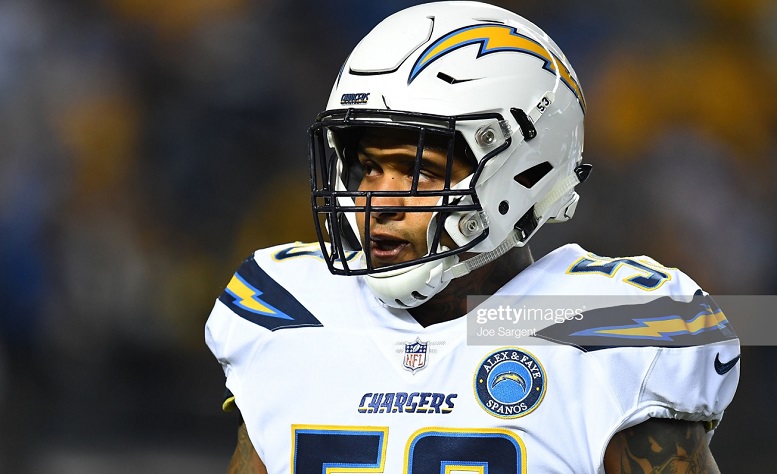 The Los Angeles Chargers will host the Pittsburgh Steelers Sunday night and they’ll do so without starting center Mike Pouncey.

The Chargers announced Wednesday that Pouncey has been placed on the team’s Reserve/Injured list with a neck issue and that is a big development ahead of their Sunday night home game against the Steelers. The Chargers signed center/guard Ryan Groy on Wednesday to take Pouncey’s spot on the active 53-man roster.

With Pouncey out, speculation is that starting left guard Dan Feeney will move over to center and that Forrest Lamp will move into the starting lineup at left guard. Also with Pouncey now out, the Chargers now have just one player on the starting offensive line with more than three years of NFL experience, sixth-year right guard Michael Schofield, according to Eric D. Williams of espn.com.

Chargers quarterback Philip Rivers has already been sacked 11 times on the season. The Steelers defense, on the other hand, will enter the Sunday night game having already registered 19 sacks, the third-most in the NFL.

In addition to not having Pouncey Sunday night against the Steelers, the Chargers will also be without safety Derwin James (foot), tackle Russell Okung (pulmonary embolism), safety Adrian Phillips (broken forearm), and kicker Michael Badgley (right groin). James and Phillips are both currently on the team’s Reserve/Injured list while Okung is on the team’s Non-Football Injury list.

The Chargers could also be without tight end Hunter Henry (knee), and defensive end Melvin Ingram (hamstring) Sunday night against the Steelers as both are trying to work back from injuries that have had them sidelined. The Chargers first injury report of Week 6 will shed some light on the statuses of those players and others when it is released later Wednesday evening.