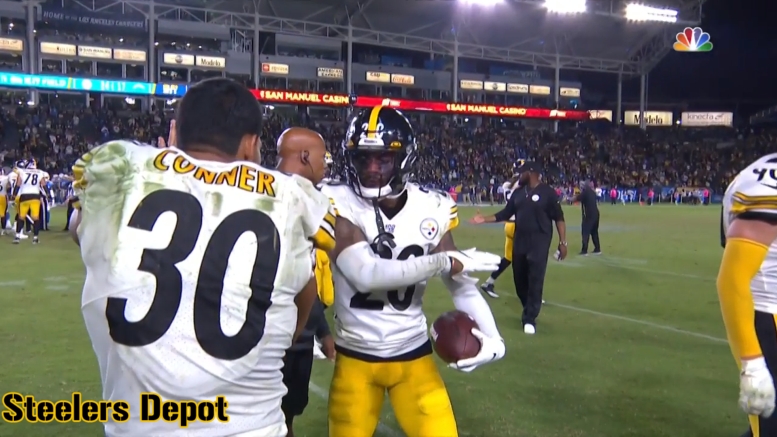 Topic Statement: The Steelers are turning the corner on their season and will start winning games from here on out.

Explanation: The Steelers are now 2-1 in their past three games after starting the season 0-3. While they haven’t beaten a quality opponent—their two victories account for a total of two wins for the teams that they beat—their on-field product has appeared to grow better and more stable with each passing week.

If the Steelers can continue to turn in complete games the way they did last night, then they can start winning, and they have a relatively favorable schedule lined up the rest of the way that makes the argument a more palatable one to make.

While it will depend upon the offense remaining competent whether it’s Mason Rudolph or Devlin Hodges under center, the defense is showing itself to be a unit that can carry a team. They are exploitative and have the ability to force opposing offenses to make errors and take risks, from both their front end and their back end.

The secret ingredient is arguably their special teams, with both Chris Boswell and Jordan Berry playing well this year. Boswell is perfect so far on the year, while Berry in particularly was excellent last night and definitely helped them win that game.

It’s true that the Steelers are slowly showing indications of getting better. But it’s not going to be enough, and that’s because they don’t have enough at quarterback. Checkdowns from Rudolph and Hodges are not going to be enough to sustain this team, and they have been very inconsistent about taking advantage of their opportunities.

And the Steelers are not going to continue averaging nearly three takeaways per game. With 15 already, they likely have the majority of what they will get. It also doesn’t seem as though the front seven is going to stay healthy. They’re going to wear down, especially considering how much time they’ve tended to spend on the field.