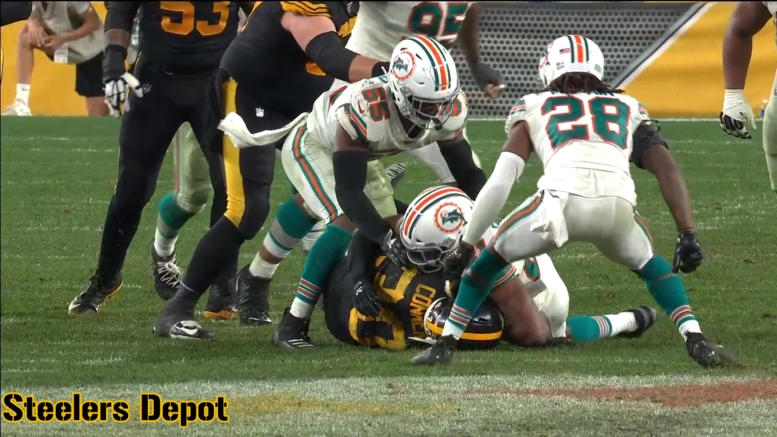 Question: How will the workload at running back be divided against the Indianapolis Colts?

The Steelers are working on a short week, and they have two injured running backs, including James Conner. Fresh off of a 145-yard rushing performance, the third-year Pro Bowler suffered a shoulder sprain late Monday night. While he has a solid chance of playing, he would likely be limited.

Benny Snell, the rookie, had a nice game before the bye, but suffered a knee injury in relatively little playing time against the Dolphins. His injury status is not altogether clear as to whether or not he might be available.

We do know that Jaylen Samuels will be coming back after missing two games. He was a full participant in practice throughout last week’s run, but was held out as a precaution. With the two other main backs banged up, it goes without saying that he will play, and perhaps play a significant amount.

Samuels, who did start three games late last season, may start against the Colts and receive the majority of the playing time because of Conner and Snell being banged up, even if all of them dress. If they are able to go at all, however, we are not likely to see Trey Edmunds on offense again.

While they have a very good record, the Colts are a team against whom the Steelers should be able to move the football, as their defense does give up yardage. On the ground, they are allowing over 110 yards per game at an average of 4.8 yards per attempt, and while they’re not on the extreme end, their five runs of 20-plus yards allowed is in the top 10 for the most in the league.