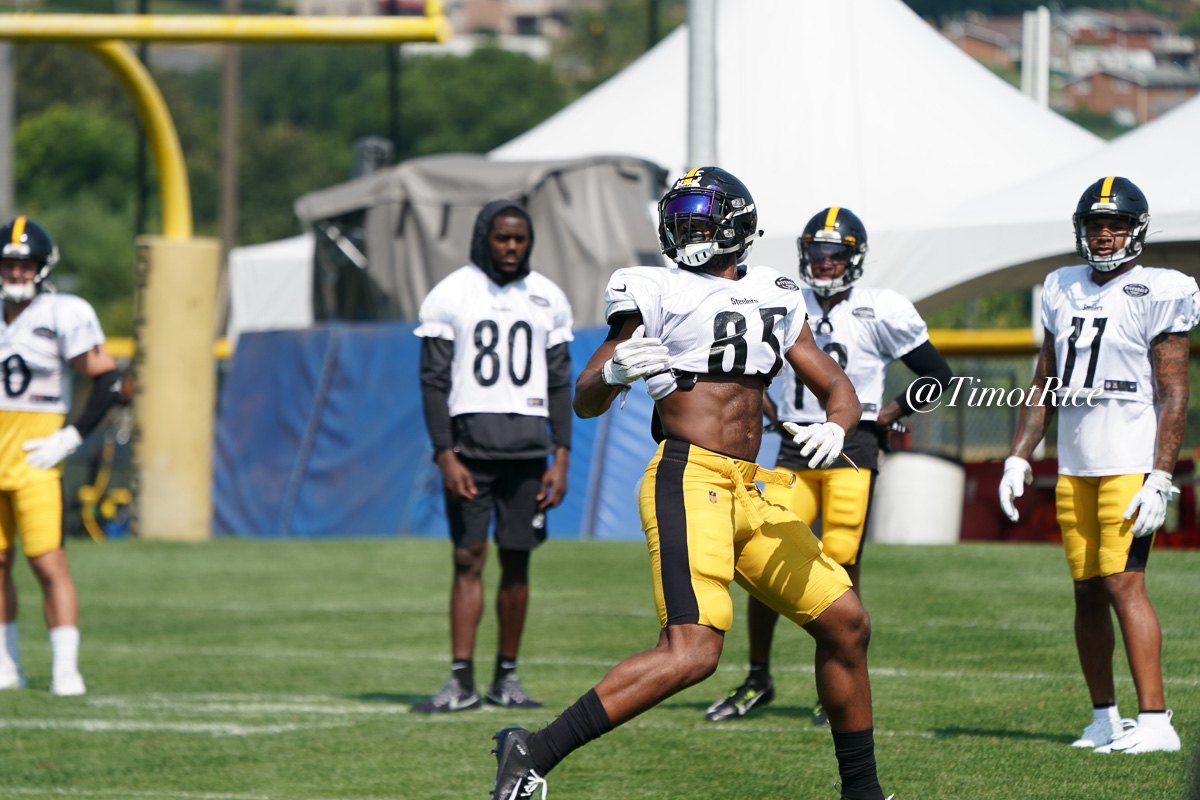 The last time the Pittsburgh Steelers were not content with their tight end group, they went out and traded for one in Vance McDonald, who in his second season with the team a year ago showed Pro Bowl potential the team would like to see him capitalize on in 2019.

The Steelers do have McDonald in tow, but they also lost their important number two tight end in free agency, with the Detroit Lions giving Jesse James a contract that was well out of their market for a number two at the position.

Entering the offseason with fourth-year Xavier Grimble behind their starter, the team used a fifth-round draft pick to add a raw prospect out of Michigan, the 6’8” Zach Gentry to the room. It has been widely questioned if the duo of Grimble and Gentry is sufficient to backup McDonald, but so far, the Steelers appear to believe it’s enough. Much to Grimble’s relief.

“Ain’t no way you’re not going to think about it”, he told Chris Adamski about the state of the tight end room and the possibility of the team looking for replacements. He said that he tries “to mentally put yourself in that perspective the best you can to quiet it out because it will drive you nuts, trust me. I have sat in motels all day, looking at the phone, don’t want to look at it, looking online, looking at it, not looking at it”.

Though he’s going into his fourth year with the team as a rostered player, he has never felt a comfortable cutdown day, and this time was no different. He’s made the cut so far, though, and there don’t appear to be any imminent changes, now in the middle of the week before the first game. If they were planning a move, it likely would have taken place by now.

Grimble watched a number of veteran tight ends get released over the weekend, including some whom many would point out are more accomplished in their careers and have played the number two role in the past, which he has not.

At least up until now. He will be in-line to become the number two behind McDonald this year. While he has handled the blocking assignments of a number two in the running game in the past, the added responsibilities of having that distinction on a full-time basis will be new to him.

The Steelers have actually kept five tight ends, to date, this year. In addition to the three on the 53-man roster, International Pathway player Christian Scotland-Williamson was carried for the second year in a row. Reserve/Future signing Kevin Rader, a local product, is also currently on the practice squad.