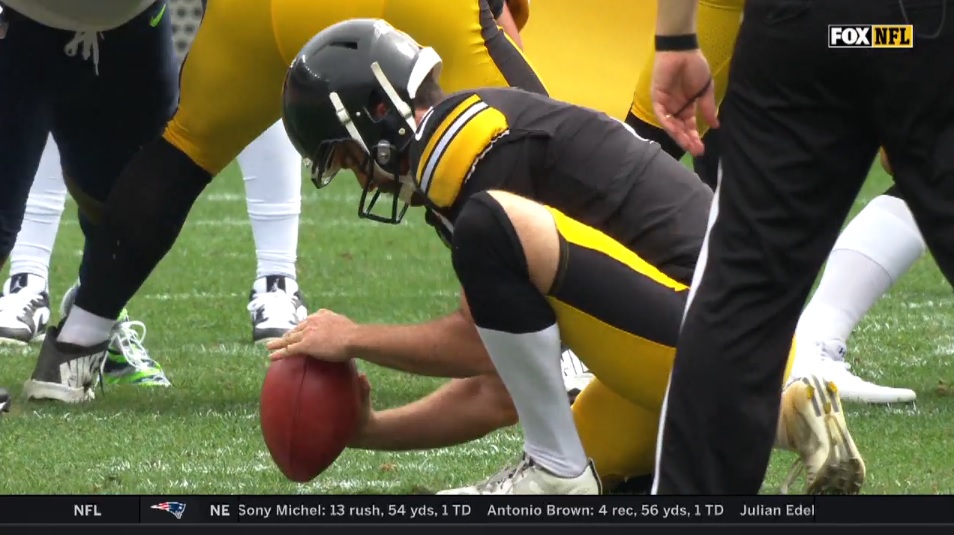 Is there any position more forgettable than a holder? I’d argue it gets even less fanfare than the long snapper. Good snap, good kick, no one ever thinks about the middle part of a field goal operation. A good hold.

Jordan Berry earned an A+ for carrying out those duties this weekend.

Because it’s been an ugly 0-2 start and especially because there hasn’t been much to talk about in the way of special teams, good or bad, I wanted to circle back to the topic today. Chris Boswell has been perfect to start the year and credit to him for turning things around but if it wasn’t for Berry, Boz would have one blemish on the box score.

His 41 yard field goal to put the Steelers up 10-7 looked easy enough. But Berry made it look so. Kameron Canaday botched the snap, high and inside, forcing Berry to reach over and secure it. He did so cleanly, no bobble at all, and continued with his part of the operation. Snap down, laces out, right on cue for Boswell to swing his leg through. No hesitation, no change in timing, nothing that would alter Boz’s rhythm that would slow things down and cause disaster.

Big props to Jordan Berry for snagging this high, inside football from Canaday. And Boswell for staying focused and hitting this 41 yarder. #Steelers pic.twitter.com/pU8AJUmNWQ

Another look at this one.

Seriously, look at Berry snag this one. Pretty good hands for a punter. 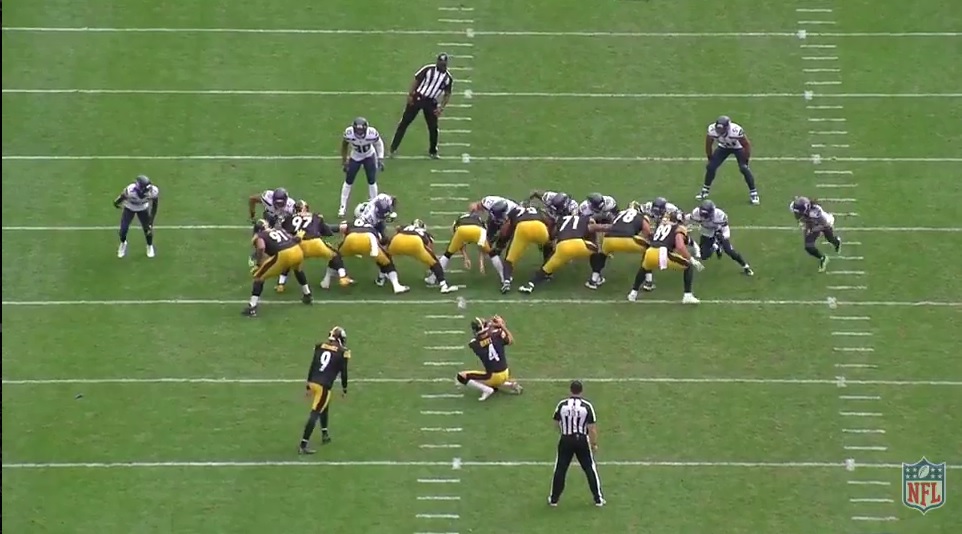 For comparison’s sake, here’s how most snaps should look. Ball out in front, right in Berry’s hands. Just has to grab it and set it right down. This is from the extra point following James Conner’s opening score. 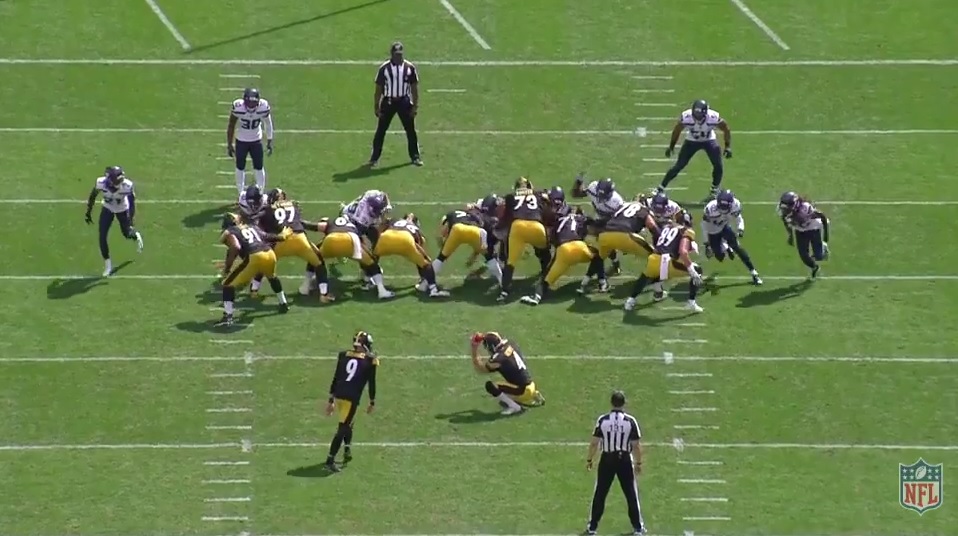 As the old saying goes, we only talk about these players – long snappers and holders – when things go wrong. But Berry did a great job here to avoid what should’ve been disaster so we don’t talk about it. But like a receiver adjusting for a poorly thrown ball or a running back improvising when the initial hole isn’t there, Berry made it work on the fly and did an excellent job. Kudos to him.