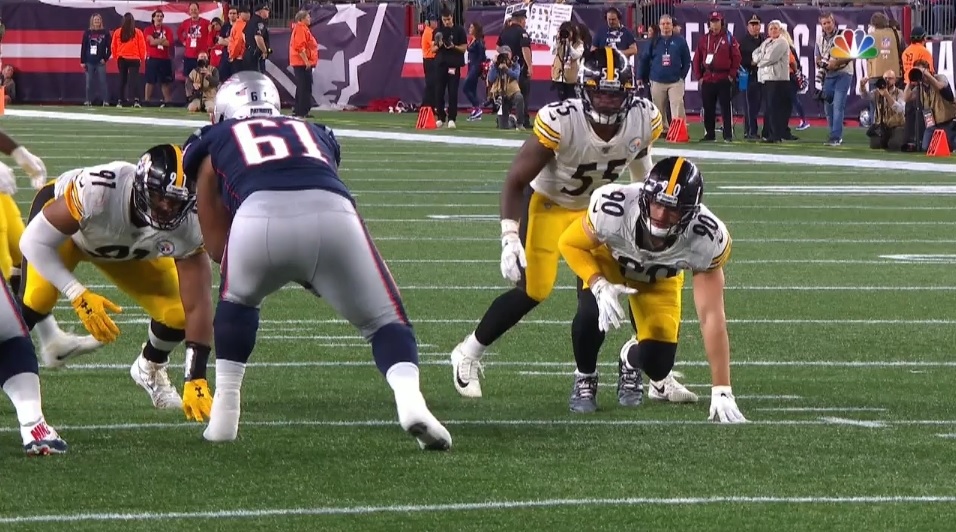 Who was going to wear the green dot Sunday night? The player responsible for receiving all the sideline playcalls. The most critical communicator on the field. Would it be rookie Devin Bush? A veteran like Mark Barron? Or Vince Williams, the longest tenured ILB?

Turns out, it was none of the above. In his Tuesday press conference, Mike Tomlin said TJ Watt handled those duties in the opener.

“TJ Watt carried the dot in the last game because he was probably the most indispensable second level defender, a guy that’s positioned within the group to communicate with those in front and those behind,” Tomlin said.

Having an outside linebacker handle that responsibility is relatively uncommon, I’d imagine, but Tomlin brushed off concerns of Watt, playing on the left side most of the time, having any extra issues talking to players opposite of him.

“It’s not a concern. You could say if I had it on the left safety, how would he communicate with the right side of the defense. We’re probably making more out of that than it is.”

Before leaving the game with a hip injury, Watt had played all but two of the Steelers’ defensive snaps. The two plays he missed? Both resulted in touchdowns, a 20 yard coverage bust on Josh Gordon’s score followed by Phillip Dorsett’s 25 yard touchdown down the seam before halftime. Clearly, the Steelers need to have a better plan for when their signal caller isn’t on the field. It’s unclear who took over playcalling duties for when Watt missed those two plays or when he left the game with the injury.

The goal is for Devin Bush to handle that role in the near future. But he’s clearly not ready for it yet and isn’t in an every down role. Against the Patriots, he played in the Steelers’ base and nickel defense but removed for Mark Barron in dime. Because of the rotation at ILB, no one is currently an every down player, making an outside linebacker like Watt the better option.