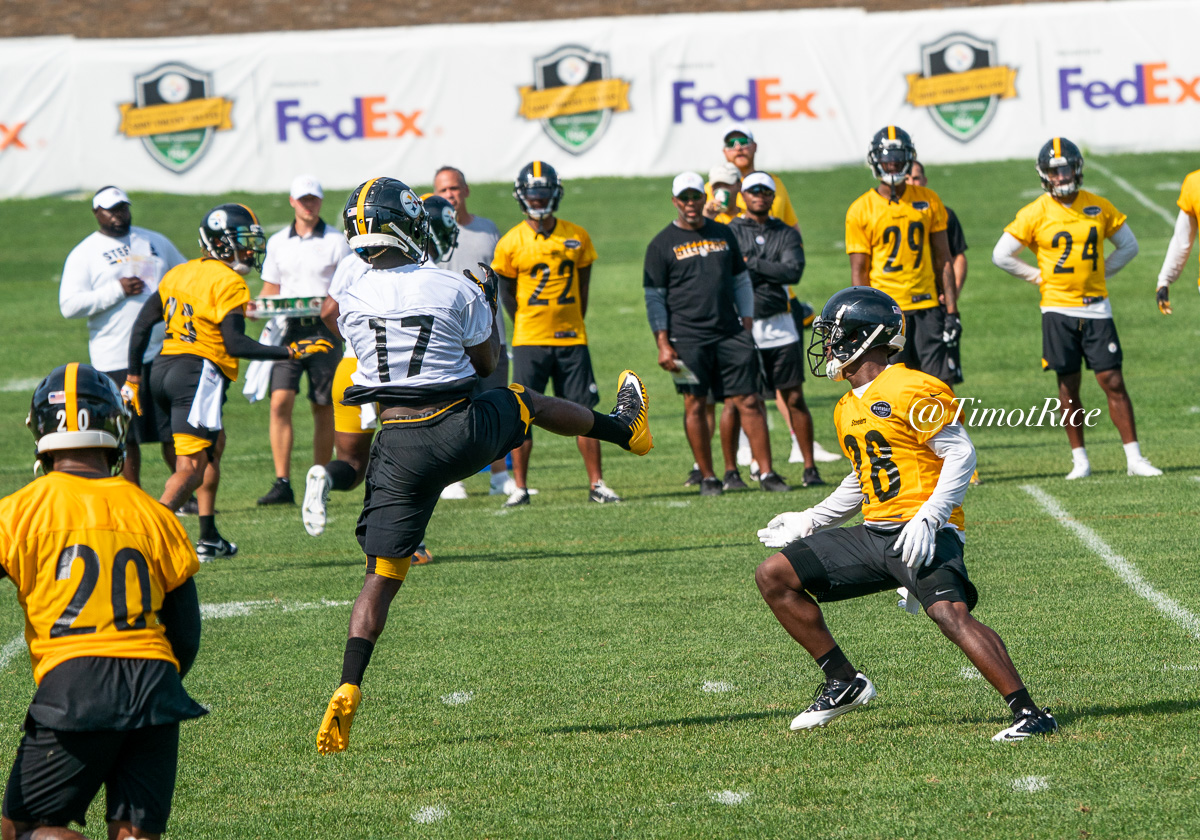 It may only be two weeks but the Pittsburgh Steelers’ season already hangs in the balance. Lose next Sunday, fall to 0-3, and the season is essentially over, even before you play a game of AFC North football. So now is the time to evaluate all options. Not just scheme. Not just in-house personnel. Anyone who can help this team in a hurry.

Eli Rogers can do that.

Don’t get me wrong. He isn’t the savior. There’s a reason why the team cut him and why we all were basically ok with that. He’s not going to turn this team from 0-2 to 14-0 the rest of the way.

But could he help? Absolutely. And this team needs all hands on deck. The ship is sinking. Rearranging the chairs on the Titanic doesn’t move the needle.

Minus Antonio Brown and with attention on JuJu Smith-Schuster, the receivers this offense was counting on stepping up are struggling. Specifically, struggling to create separation. Even in scramble drills where the offensive line afforded Ben Roethlisberger five, six seconds to hang in the pocket, no one’s gotten open.

Rogers best trait is his ability to separate. He’s not the fastest, not the biggest threat after the catch, and obviously a pretty small dude but the guy can create space. He proved that almost right away last season even coming off a torn ACL that robbed him most of 2018. Check out this route in his first game back last year.

Eli Rogers didn't show any rust despite missing 11 months of football. Fake outside stem to separate inside on the Steelers' first drive. #Steelers pic.twitter.com/FJjxZJ6HPn

Can anyone else on this roster do this? JuJu, sure, Diontae Johnson, maybe, but he’s got a ways to go as a rookie who missed a chunk of the camp. Rogers can do this today.

The few plays the Steelers have made downfield, normally a staple of their offense, have come outside the numbers. James Washington’s 45 yard reception in Week One. JuJu’s 45 yard yard reception Sunday, which hey, took trickery like a flea flicker just to get open. There haven’t been chunk plays between the numbers. Vance McDonald has been bottled up to underneath concepts while Smith-Schuster has spent plenty of time on the outside. Rogers is going to offer that threat down the middle of the field.

Sure, you can throw out other names. Fans have oddly latched onto Dez Bryant, a 30 year old receiver with plenty of wear and tear who tore his Achilles nine months ago. But Rogers should get the nod for two obvious reasons.

1. He knows the offense. He’s plug and play. Get a new receiver up to speed and by the time he’s integrated in your gameplan three weeks from now, the season could be over. There’s no benefit at that point.

2. He’s in-shape. Preseason ended barely more than two weeks ago and he’s been through an NFL offseason and camp. No worries about snap count or conditioning. Again, plug and play. What you need as an offense.

And if you, say, cut Ryan Switzer in a corresponding move, Rogers is an option in the punt return game. Johnny Holton can stick around for kicks. You can make it work.

Rogers isn’t going to go off for six catches and 115 yards. That’s a pipe dream. But if he can provide one or two critical catches. 3rd down, red zone, a “gotta have it” play somewhere along the way, that’s the difference between going 1-2 and getting the season turned around or 0-3 and everyone wondering what JuJu is going to do on Hard Knocks.

At this point, I’m looking to open every door that’ll help this offense. And looking to hand back out that #17 jersey.