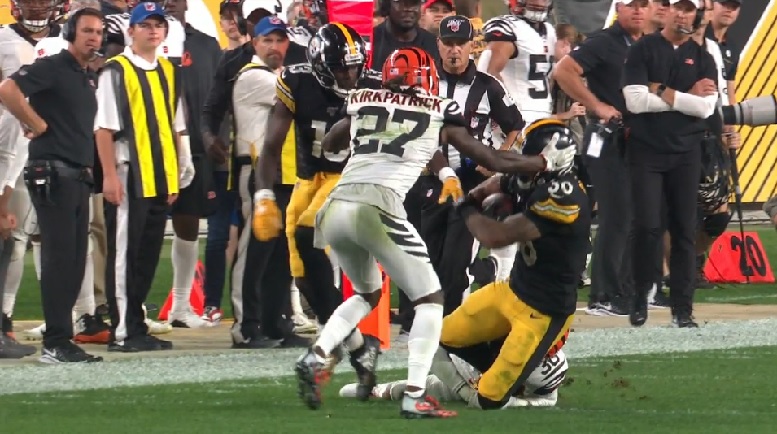 The Pittsburgh Steelers recorded their first win of the 2019 regular season Monday with a 27-3 beat-down of the Cincinnati Bengals. The Steelers also seemingly got out of their Week 4 game relatively healthy as well, according to head coach Mike Tomlin after the game.

Defensive lineman Cameron Heyward left early in the gamer with his quad injury but after a quick trip to the locker room, he returned to the field quickly and played extremely well. Heyward ended the game with six total tackles of which 2.5 of them were sacks.

As for running back James Conner, he quickly returned to the field after seemingly injuring his ankle at the end of a long run down the right side of the field. After a quick trip to the blue medical tent, Conner came back in a ripped off another big play after a short reception.

The Steelers had four players that missed the Monday night game due to injuries and they were outside linebacker Anthony Chickillo (foot), inside linebacker Vince Williams (hamstring) fullback Roosevelt Nix (knee) and tight end Vance McDonald (shoulder). Tomlin said during his post game presser that the hope is a few of those players might be back Sunday for the team’s home game against the Baltimore Ravens.

“The other guys that have missed some time, maybe we’ll get a couple of guys back this week,” Tomlin said. “We’ll let participation be our guide.”

Tomlin will meet the media again Tuesday at noon to preview the Steelers game against the Ravens.