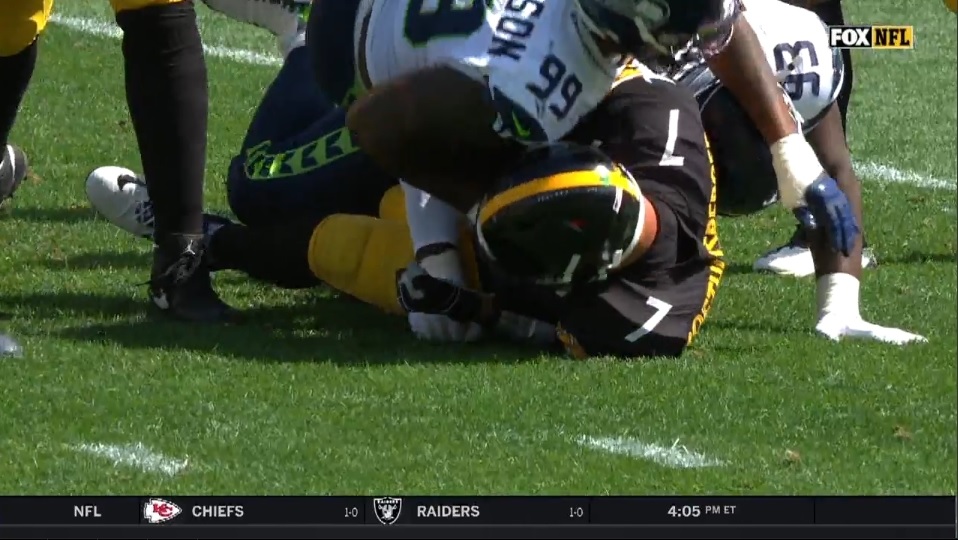 Only two sacks allowed through the first two weeks. One given up this past Sunday in the Pittsburgh Steelers loss to the Seattle Seahawks. Let’s talk about it.

Empty set should create some matchups. Get someone open, right? Not the case here. In part, a coverage sack with absolutely nothing available for Ben Roethlisberger downfield. Here’s a look at the aerial view. 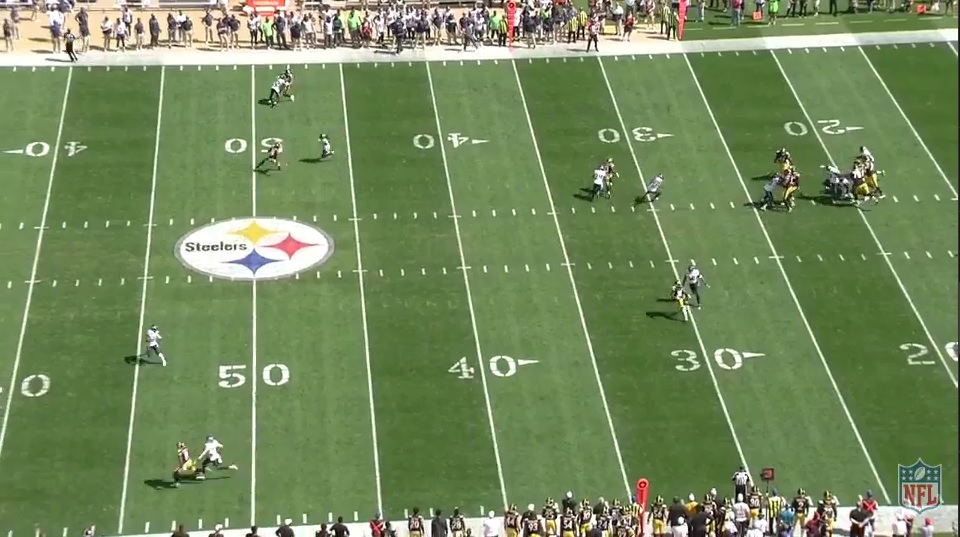 Multiple concepts but there is a mesh with James Washington running over the top of Jaylen Samuels here. Washington slows up, forced to work around the MIKE linebacker Bobby Wagner. Neither players creates any separation. Credit to Wagner, he did a really nice job here.

Along the line, Alejandro Villanueva is able to initially seal #93 Branden Jackson upfield after getting beat and doubling over. Nice job by the RDE to counter off his bull rush. Get hands into Villanueva’s chest and then shed him with a chop and rip. Pressure causes Roethlisberger to work up into the pocket into Jadeveon Clowney, who did grab a piece of Ben’s jersey to keep him from escaping.. #93 is able to finally get around Villanueva, turning the corner and taking #7 down for the sack.

Going to go half-and-half here. A coverage sack, it took about five seconds from snap to Roethlisberger getting hit and someone has to find space when there are five eligibles out there. Example of this offense feeling stuck without that true #2 or having that bonafide double-team threat Antonio Brown provided that would open everyone else up.

But Villanueva is beat pretty quickly here and is the man who ultimately gives up the sack. So part of the blame goes on him for muddying up the pocket before Roethlisberger went down.

Blame: Half on Receivers, half on Alejandro Villanueva