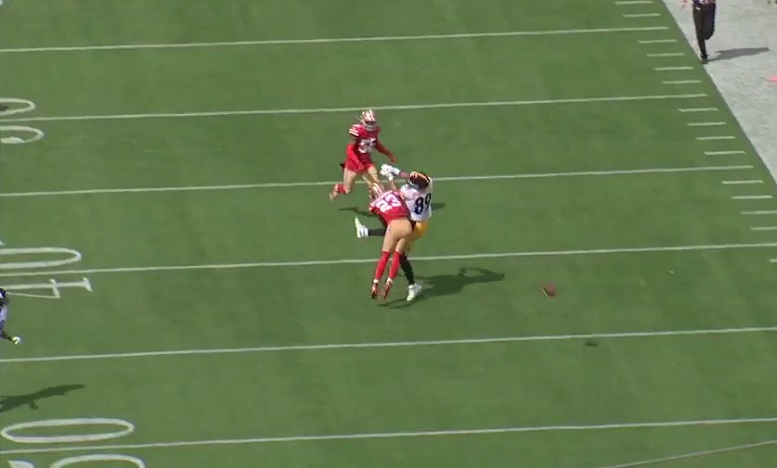 The Pittsburgh Steelers traded for tight end Nick Vannett Tuesday night and while on the surface it would appear as though that deal was made due to starting tight end Vance McDonald possibly being sidelined for an extended amount time with a shoulder injury he sustained on Sunday, reports now indicate otherwise.

According to Ian Rapoport‏ of the NFL Network, McDonald is battling a shoulder sprain that won’t result in an extended absence. Gerry Dulac of the Pittsburgh Post-Gazette also reported Tuesday night that the Steelers did not trade for Vannett because they think McDonald’s shoulder injury is bad. Instead, the Steelers are reportedly attempting to bolster the tight end position and get a better No. 2 after what they’ve witnessed through their first three games.

#Steelers TE Vance McDonald is battling a shoulder sprain, and while he won’t have an extended absence, depth is an issue. This helps solve it. https://t.co/FlTGcxNnzn

SOURCES: Steelers did not make trade for Vannett because they think Vance McDonald shoulder injury is bad. It’s not. They are trying to bolster position and get a No. 2 after what they’ve witnessed thru 3G

We should find out more about McDonald’s shoulder injury on Wednesday as that’s when head coach Mike Tomlin is scheduled to take to the media next. McDonald reportedly had his shoulder in a sling on Tuesday and prior to trading for Vannett the team signed rookie free agent Alize Mack to their practice squad.

The Steelers other tight ends currently on their 53-man roster, Xavier Grimble and rookie Zach Gentry, didn’t exactly shine in Sunday’s game after McDonald left injured in the first half. Both players had poor run blocking snaps and Grimble had a drop in the first half.

One would think that the Steelers will have Vannett ready to go by Monday night and if McDonald misses that game against the Cincinnati Bengals, we could see the new tight end and Grimble play a lot in 12 personnel groupings.

Whenever McDonald gets back, the Steelers should have a decent tight end combination as Vannett is a run blocker that can catch some while McDonald is a catching tight end that can block some.

If the Steelers don’t win their next two games, however, how good or bad their tight end depth chart is really won’t matter much.