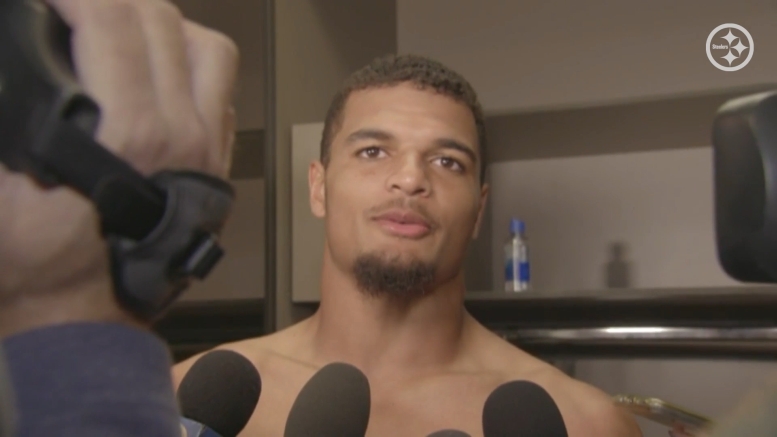 Minkah Fitzpatrick has a been a part of this defense for about five days or so. They haven’t done particularly well, with or without him, even if he did help them create a bit more of a splash this past week. He recorded an interception off of a deflected pass and also forced a fumble that the defense was able to recover.

They still, however, allowed the San Francisco 49ers to extend drives throughout the game. On 12 meaningful possessions, half of them were sustained for over three minutes in length, the majority of those over four minutes long. Even when they didn’t end up in points, they kept the defense on the field and pinned the Pittsburgh Steelers deep.

Still, while there were a number of issues with the unit, Fitzpatrick came away encouraged about, perhaps not what they are, but what they can be in a short amount of time. Especially given the fact that he just got here, there was one thing in particular that stood out.

“I think as a defense we communicated very well”, he said, which might be surprising considering the blown coverages over the course of the first two games because of poor communication. Truth be told, I don’t recall many blown plays in this game. They simply lost individual battles.

“We played fast. We created a lot of turnovers”, he went on. While they did have five takeaways, the two in which he were involved were the only ones that were not unforced errors on the part of the 49ers offense, including two botched exchanges.

“We’re just two, three plays away”, he went on. “We got a bad call on third down. There’s a couple other plays we could’ve played better on”. He added, “overall, I think we’re in a good spot. We’re gonna go out there next week, get a win, just learn from this week, and just keep moving forward”.

As a refresher, the Steelers acquired Fitzpatrick, the 2018 11th-overall pick by the Miami Dolphins, for a first-round pick (and other minor swaps of mid- to late-round picks) after starting free safety Sean Davis went down with a torn labrum.

They didn’t waste any time, immediately installing him into the starting lineup and drilling him to make sure that he would be ready to play as soon as possible, and he played his full workload yesterday afternoon in San Francisco.

That at least is something to look forward to. He clearly showed his talent, not just on the turnovers, but largely throughout the game, and he’s only going to get more and more comfortable as the season progresses. His, of course, is a long-term investment, as well, and not a one-year rental.