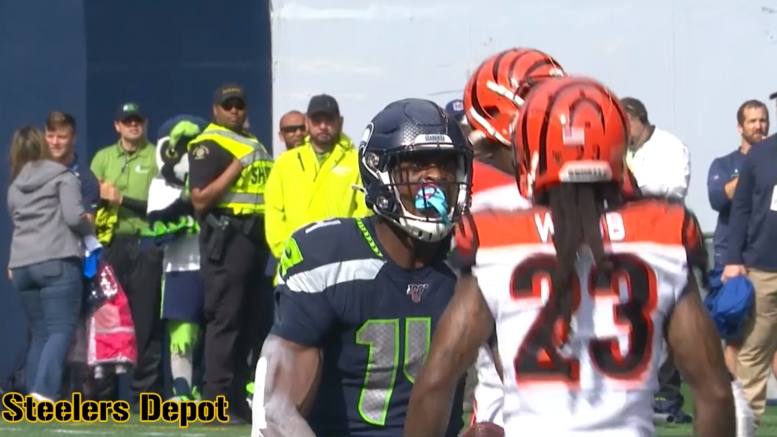 It’s enough of a challenge for the Pittsburgh Steelers to simply show a base level of competence in all phases of the game as they prepare to face the Seattle Seahawks in their Week Two season opener. Based on their ugly performance in the first week of the season against the New England Patriots, many are wondering if even that is asking too much.

Their second opponent, though, is a team that only narrowly escaped their own field with a victory over the Cincinnati Bengals, who finished fourth in the AFC North last year and have not made the playoffs for a few years now.

With the retirement of Doug Baldwin, Seattle is making adjustments in the passing game not entirely unlike that which the Steelers are working on in replacing Antonio Brown. In their case, they are relying upon the rookie asset of D.K. Metcalf, who was easily one of the greatest physical specimens of his draft class.

While his polish as a wide receiver has been questioned, he put in a solid debut, catching four passes on six targets for 89 yards, including a 42-yard play. Steelers head coach Mike Tomlin has been adamant about the defense’s need to be prepared for him, as well as for what next steps the Seahawks might take with him from game one to game two. He broke down the 6’4”, 229-pound wide receiver for the team’s website.

“He’s big and fast and quick”, he said of Metcalf. “He’s got some unique traits. He’s a physical guy. He plays a physical brand of ball. You saw it in the real small sample size just last week, some of the plays that he was able to make, combat catches down the field in a scramble situation on a play that Russell extended”.

The rookie was able to function and win in multiple different types of scenarios, and Tomlin also praised his “play demeanor and his stature”, citing “a combat slant on the play-action pass game”. He added, “he’s got some really rock-solid talents, and they appear to be headed in the right direction in terms of how they’re gonna utilize him. We better be prepared for even an expanded role from him this week relative to what we saw a week ago, because such is life for fast-developing young people”.

While the Steelers have upgraded at cornerback from groups that they have had in years past with Joe Haden, now in his third season with the team, and Steven Nelson, Metcalf’s pure physicality will be a challenge for anybody he goes up against. And Haden, if he even plays, nursing a shoulder injury, will already be at a disadvantage.