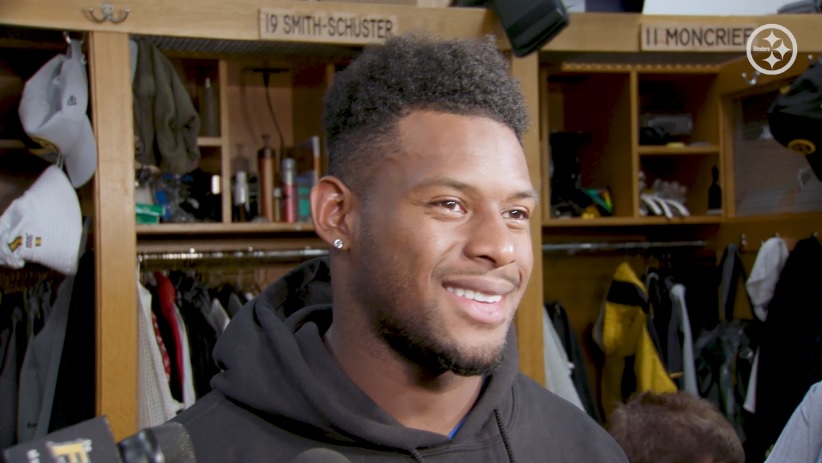 Hats off to the New England Patriots. They held the Pittsburgh Steelers’ offense to three measly points, the fewest the black and gold have scored in an opener since 2001.

But JuJu Smith-Schuster knows the issues weren’t just a great Pats’ gameplan. The mistakes made last Sunday were largely self-imposed. And that means focusing on execution, not radically changing the scheme.

“Details, honestly,” he said via the team website when asked about the biggest takeaway from last Sunday’s loss. “That’s one thing Coach Tomlin touched all this whole week. Attention to detail.”

Details were certainly lacking in the opener. Too many dropped passes, too much miscommunication, too many plays left on the field. Particularly in short-yardage situations, something JuJu acknowledged during the interview.

“On the offensive side, when it’s 3rd and 1 or we’re going for it on 4th down we gotta make those conversions. Those are the plays that hurt us. That’s what killed us. Not making plays on third down.”

Pittsburgh went 3-12 on 3rd down throughout the entire game. On 3rd and 4th and 1, the Steelers were 0/4. Of the 18 teams to face at least two such plays in Week One, 16 of them had at least one conversion. Only the Cincinnati Bengals failed to convert, going 0/2. Must be something in that AFC North water.

Failures there, plays like Donte Moncrief’s 4th down drop, or the 3rd and goal incompletion leading to Mike Tomlin’s terrible decision to kick a field goal were game-changers. But also a reminder of how close the Steelers were to making headway on offense and how easily things can turn around in Week 2.

When asked, JuJu declined to offer any hints if the gameplan will be radically different this time around but reminded reporters it’s still early in the year.