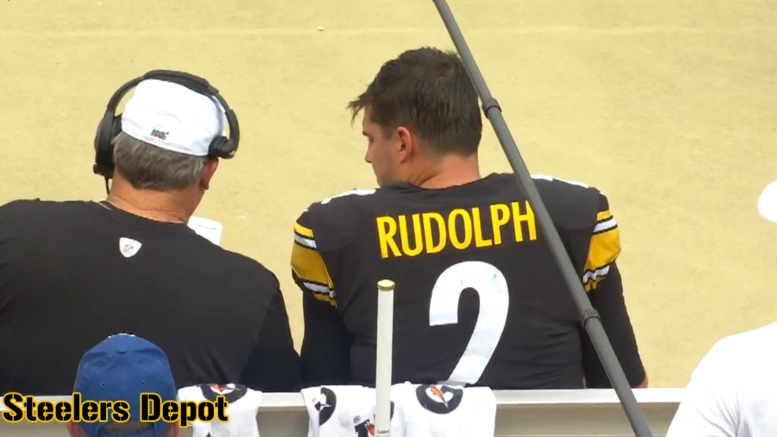 With Pittsburgh Steelers starting quarterback Ben Roethlisberger now out for the remainder of the season with an elbow injury, it will be up to second-year quarterback Mason Rudolph to try to salvage an 0-2 start. On Monday, former Steelers offensive coordinator Todd Haley was a guest on SiriusXM NFL Radio and it didn’t take long for him to be asked about how tough of a challenge the Steelers now face moving forward without Roethlisberger and with a very inexperienced second-year quarterback in Rudolph taking over for him now.

“It’s very difficult and Pittsburgh does as good a job as anybody of really believing and pushing the next man up and they’ll do a good job here,” Haley said. “But when you lose a guy like Ben, you know I was with the Jets in the late nineties, first game of the year, we lose Vinny [Testaverde] after going 12 and 4 and playing in the championship game the year before, it’s a big blow. And it’s a hard one to recover from in Pittsburgh. A couple of years ago, we lost Ben for three or four weeks. Michael Vick was signed, he stepped in and played. We were able to stay about .500 till Ben got back. But it’s always a difficult thing when you lose a guy, an elite guy in the league at that position specifically.”

Haley did note during his interview, however, that something seemed wrong with Roethlisberger and the Steelers offense in the first two games.

“You know, just watching the first two weeks, Ben, he didn’t look like himself,” Haley said. “This is a big year for him, obviously with some of the changes that have gone on there the last couple of years, AB [Antonio Brown] being gone, [Le’Veon} Bell being gone, and it just was hard to watch at times. And obviously not all him, but they were struggling and so it’ll be interesting to see how they’re able to handle this.”

With an inexperienced Rudolph now taking over for the injured Roethlisberger, Haley said Monday he thinks the team’s offense will need to change some right away and that might potentially result in more running plays being called by offensive coordinator Randy Fichtner.

“Well, I think it all has to change,” Haley said. “You have to adjust to the players you have, and you have to play to their strengths. You’ve got a young guy that has very little experience in the NFL. You know, maybe this pushes them to now hand the football off a little bit. Now, I saw [James] Connor was injured, or on the injury list, so we’ll have to see about that, but you know, you’re gonna have a hard time winning games when you’re handing it off 13 times in a game. So maybe it pushes them to do some of the things that you have to do to win, especially in that division, and that’s be productive running the football. So, like I said, maybe this pushes them in that direction.”

Not only have the Steelers not run much in their first two games, they haven’t been overly successful when they have tried to run. Running back James Conner, whose knee injury that he suffered Sunday against the Seahawks isn’t believed to be serious, has rushed for just 54 yards and a touchdown on 21 total carries to start the season. Backup running backs Jaylen Samuels and rookie Benny Snell Jr. have a combined 46 yards on their six carries.

So, what does Haley think about Rudolph as a prospect? While he was the offensive coordinator of the Cleveland Browns last season when the Steelers drafted Rudolph, he admitted to scouting the quarterback ahead of the 2018 NFL Draft.

“I liked him,” Haley said of Rudolph. “I mean, I didn’t have him in the upper echelon group, but very productive thrower there [at Oklahoma State]. I mean, and really good on the deep ball. I thought that’s the thing that jumped out at me. You know, they threw a lot of posts and deep corners and things and he showed very good touch and the ability to lay it out there and let the guy go get it.

“That’s what really jumped off the page at me. Again, as you know in this day and age of all spread offense, it’s a hard evaluation. He’s got good size and he showed like he could command the huddle. He showed that yesterday I thought. You know, early on, a little shaky, but I thought he settled in a little bit and made some good throws. Moved the ball a little bit and got the ball in the end zone.”

Rudolph indeed did get the Steelers offense in the end zone Sunday after he relieved an injured Roethlisberger and he ended his first career NFL action 12-of-19 passing for 112 yards with two touchdowns and an interception. That lone interception, however, was on wide receiver Donte Moncrief as the adequately thrown pass to him went off his hands and into the hand of a defender behind him.

Rudolph will make his first career start Sunday on the road against the San Francisco 49ers and so that will be a tough chore indeed. The Steelers last one in San Francisco in 1999 and they are 0-2 there since then.