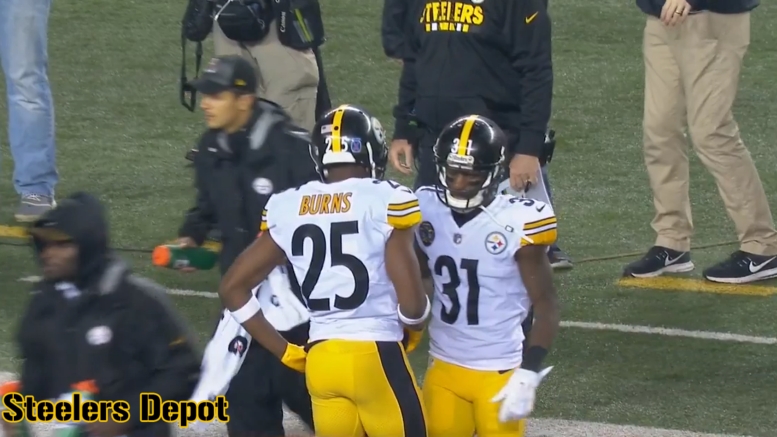 As the roster is currently constructed, when it concerns special teams, the Pittsburgh Steelers figure to enter the regular season with a heavy role in mind for their reserve cornerbacks. Especially in like of the release of Johnny Holton, assuming that he is not re-signed, it figures to be almost exclusively cornerbacks who make up the team’s gunners this season.

Fourth-year cornerback Artie Burns played gunner pretty extensively during the preseason, which is actually something that he has not gone much at all in his career prior. Justin Layne was another significant gunner, but he is likely going to be a gameday inactive. Cameron Sutton did play gunner last year.

And there is another viable option to include into the mix, which would be Mike Hilton. Hilton first made his mark in the NFL running down punts on special teams in the preseason in 2017. As his defensive playing time picked up, he was used less and less there, but if his snaps are reduced, he could return to action there.

Otherwise, there aren’t a lot of attractive options to handle the job. James Washington? He did play special teams during the preseason this year, I believe at least covering kicks, even recording a tackle, but to my awareness he has shown no aptitude for gunner work. And that’s something you have to work on. Obviously JuJu Smith-Schuster, Donte Moncrief, Ryan Switzer, and Diontae Johnson are all not going to do that, either.

And so we come, legitimately, to one other option: rookie inside linebacker Ulysees Gilbert III. Remember, the Steelers did have Matthew Thomas take some reps as an inside linebacker playing gunner in 2018, and Gilbert has similar speed and athletic ability, so it’s not out of the question to see him there.

Barring some notable changes, expecting the Steelers’ two primary gunners this season, which occasionally rotate, to be Burns and Sutton. Hilton, and perhaps Gilbert, could be eligible to be mixed in, in addition.

As far as the jammer job goes, Danny Smith has perplexingly been using his starting cornerbacks, despite not practicing it in training camp or playing it in the preseason, as his primary jammers. Will he continue to do that this year, especially with Joe Haden ailing, and Steven Nelson a new face?

Probably not, at least not for both. As indicated, Burns, a prior starter, has been playing that jammer role for a couple of years now, so in order to help him keep his helmet, he will probably continue to do that. I would imagine that Sutton would also be the other primary jammer if they opt not to use their starters in that capacity. But the alternatives are slim and unattractive, so that could be a minor concern.