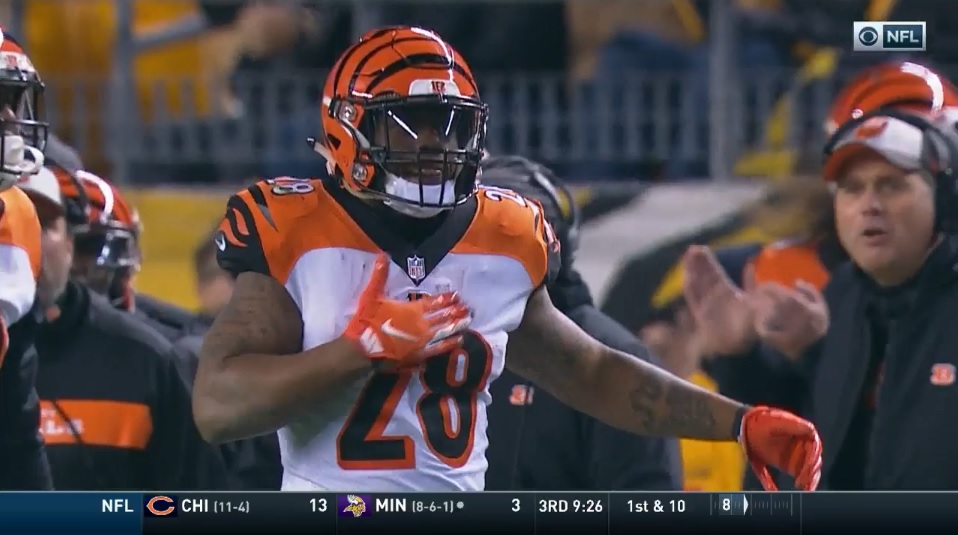 There’s no team in the NFL who has struggled to run the ball like the Cincinnati Bengals. That’s not just an opinion either. That’s cold hard fact. Their 2.4 yards per carry is dead last in the NFL by a wide margin (Washington is 31st at 2.9) and none of their running backs have found the end zone through the first three games.

All that bodes well for a Pittsburgh Steelers’ run defense struggling at the moment but Mike Tomlin knows you can’t assume anything in the NFL. Especially when it comes to AFC North ball. No one saw the Cleveland Browns posting a 40 burger on the Baltimore Ravens yesterday.

For all its talent and pedigree, the defensive line and linebackers haven’t done a good enough job controlling the line of scrimmage the last two weeks. It’s let the Seattle Seahawks and San Francisco 49ers stay on schedule and keep themselves in manageable third downs. The 49ers were able to go 6/11 on third down last Sunday, a critical component to their success. Pittsburgh’s offense hasn’t done a good enough job staying on the field and winning the time of possession battle but it’s the defense’s job to get stops and they haven’t played at the level they need to.

Tomlin went on to note the talent Cincinnati has in the backfield.

The Bengals rushing attack showed a glimmer of hope last week. Joe Mixon carried the ball 15 times for 60 yards in his most positive outing of the season. In his last meeting with the Steelers, Week 17 of last year, he exploded for 105 yards on just 13 carries. In Week 6, the first matchup against Pittsburgh, he averaged 5.8 yards per carry.

Tomlin knows the defense can’t turn in a repeat performance.

“More importantly than all of that, this can’t be the week they get right in that regard. So that’s our approach.”