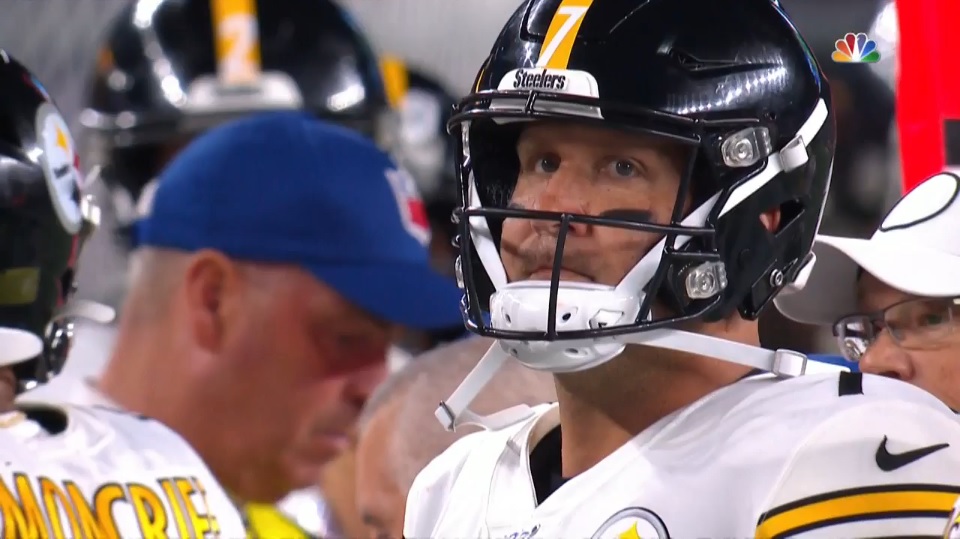 The Pittsburgh Steelers are searching for answers after getting blown out by the New England Patriots lost night, a loss that was replete with failures on both offense and defense. Both sides of the ball have seen a considerable overall, relatively speaking, since last season, so it’s reasonable to expect there to be some growing pains on opening weekend, especially on the road against the New England Patriots, but that doesn’t account for the 33-3 landslide we saw on the field.

Tom Brady threw a trio of touchdown passes, all of them of the explosive variety, all of them involving blown coverages in some form or fashion, though for the first, Josh Gordon’s 20-yarder, it was a matter of catching and running and not simply getting beat over the top. Joe Haden’s missed tackle inside the 10 sealed the deal. Add a quartet of Stephen Gostkowski field goals and there you go.

Despite the way the game finished, though, with the Steelers having the ball a bit in garbage time, but Patriots by and large controlled the ball, and the game, though their quick-strike touchdowns also made a difference. By game’s end, New England possessed the ball for five more minutes than did Pittsburgh.

Ben Roethlisberger puts that on himself and his offense as much as anything else, and in that he includes the defensive struggles. As he told reporters after the game, his unit didn’t do much of anything to help their counterparts.

“Part of it, too, is us not giving our defense a break”, he said. “We didn’t do anything to keep them off the field and let them get some rest, so that’s on us as an offense to not help them out a little bit”.

The Steelers had three drives result in three-and-outs early in the game, and six of their possessions were over within two and a half minutes. Their only possession to take over four minutes came on the opening drive of the second half, which ended at the one-yard line, Mike Tomlin electing to settle for a field goal on fourth and a foot at the goal-line.

Much of this had to do with their going three for 12 on third down. They had a couple of fourth-down tries that came up short as well. Situationally, the offense was simply poor, and they were unable to sustain drives.

“Couldn’t convert on third downs, we couldn’t get drives, couldn’t sustain things”, Roethlisberger said. “That’s partly on us, and partly because of them”, he added, crediting the Patriots’ defense, which played very well for itself.

On the flip side, the Patriots only went three and out twice, and the second time was at the end of the game after recording an interception in the end zone, already up by 30 points. They had three drives go over five minutes, and none of those included their three touchdown drives, the longest of which took three minutes and nine seconds.