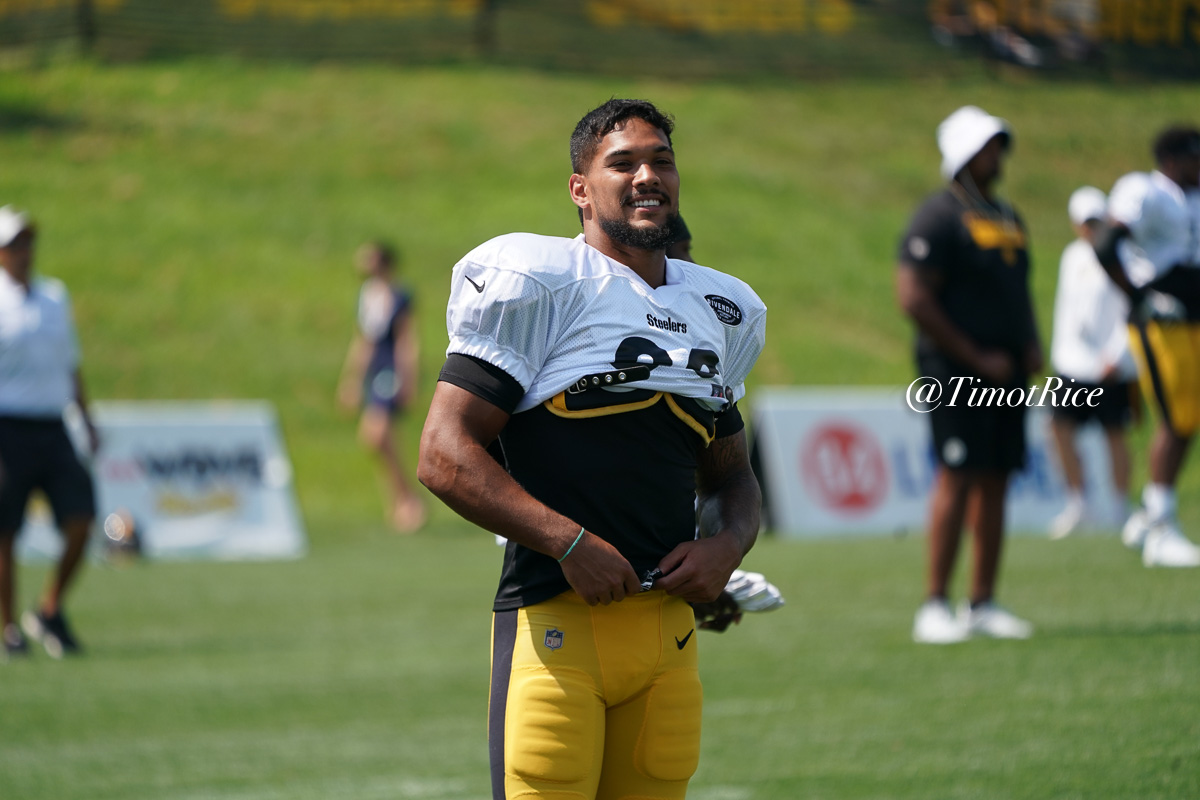 There are certain advantages, depending upon your outlook, to being the ‘veteran’ back in the room, even if you are only heading into your third season, with one year of starting experience. After making the Pro Bowl in 2018, however, and having two younger backs behind him, James Conner has been given some lighter work than he has in the past two offseasons for the Pittsburgh Steelers.

Where, by the way, he also worked as the top back, with Le’Veon Bell a non-participant in the offseason training.

But now Conner is preparing as the starter knowing that he is going to be the starter, while second-year Jaylen Samuels and rookie Benny Snell, Jr. are looking to find their own place, and role, within the offense. He did get more work last night at Heinz Field, however.

“Everybody’s going to get the opportunity to sharpen their sword and show what they’re capable of doing”, Head Coach Mike Tomlin told reporters when asked about Conner getting work at the goal line last night. “We’re more interested in getting to know some of these other young guys right now; there’s going to be plenty of opportunities for James to sharpen his sword”.

“We broke him out in short-yardage and goal-line tonight”, he added. “There’ll be other opportunities as we move forward”. He added that it was important to give “some of the young guys” the bulk of the work with the expectation that they will be carrying much of the load through the first two games of the preseason.

I do question how Conner feels about this, as he has talked during the offseason about how he feels every year as though he has to earn the starting job, not taking it for granted. If he is sitting on the sideline too much, he might feel that somebody else is getting the chance to take his spot away.

He did offer that he’s “ready to go whenever they need me. Preseason we get tuned up, so we’ll see what happens”.

But for now, he has mostly taken a back seat, more than he has been used to during this time of the year through his first two seasons in the NFL. He has earned that ‘right’ to get the lighter workload in training camp by virtue of establishing himself as a starting-caliber player for whom it’s more important that he reaches the regular season healthy than that he gets reps in August.