Pittsburgh Steelers quarterback Mason Rudolph was the second one at his position to play in the team’s first preseason game of 2019 Friday night against the Tampa Bay Buccaneers and the former third-round draft pick out of Oklahoma State completed 5 of his 8 total pass attempts for 91 yards with 2 touchdowns and no interceptions. After already breaking down all of the pass attempts from the Steelers Friday night starter, Joshua Dobbs, below is a very detailed and objective breakdown of all 8 of Rudolph’s pass attempts Friday night.

Rudolph’s first pass attempt of the game went to wide receiver Tevin Jones via an out-breaking route and it found its target nicely. Was the ball tipped at the line of scrimmage like Bob Pompeani of KDKA-TV claimed it was live? I zoomed it and could not find any evidence to support that. 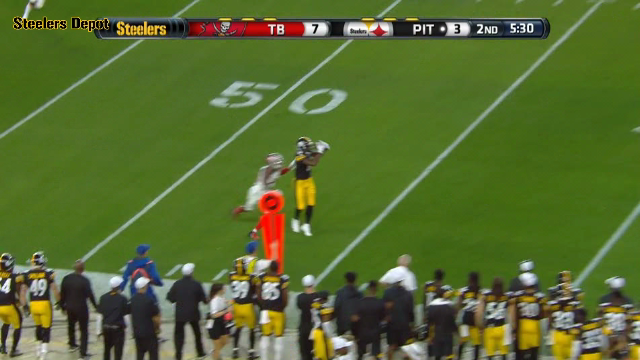 Rudolph’s second pass attempt of the game went to wide receiver James Washington via an underneath drag route and once again the throw was on target and the result was some nice yardage after the catch. 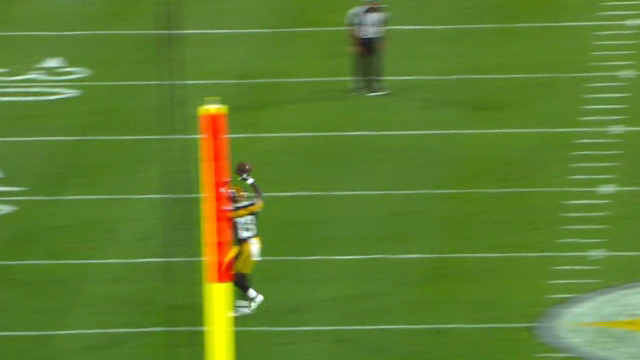 Rudolph’s third pass attempt of the game also went to Washington and this one was good for a touchdown thanks to a perfectly placed back shoulder throw that allowed the wide receiver and only him as chance to make the grab. 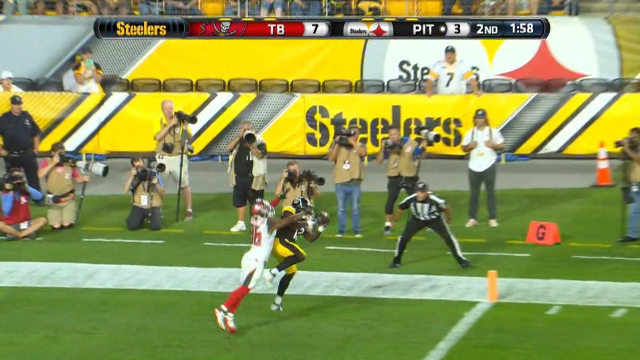 The next pass attempt by Rudolph was another attempted back shoulder throw and this one went to Jones down the left sideline and 22 yards down the field. The ball placement seemed to be fine. While Jones did catch this pass, he was unable to get both feet down in bounds for a completion. 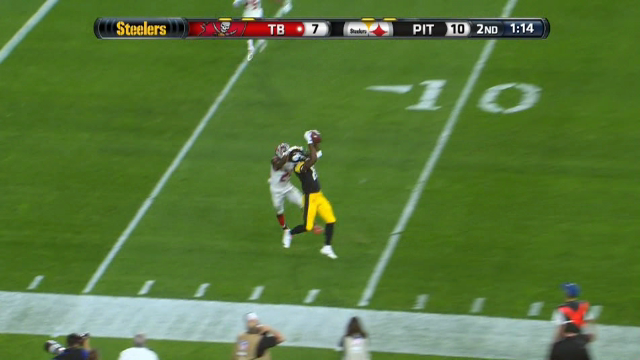 Rudolph’s next pass attempt also fell incomplete and this one went to wide receiver Diontae Spencer. It’s hard to tell what kind of route that Spencer ran on the play but it’s clear it was past the sticks and likely involved him needing to work back some to the quarterback. By all appearances, Spencer probably should have made a contested catch on this play as the ball seemingly hit him in the hands for a drop. Buccaneers cornerback M.J. Stewart was credited with a pass breakup on the play for whatever it’s worth and Pro Football Focus did not charge Spencer for a drop on this particular play. 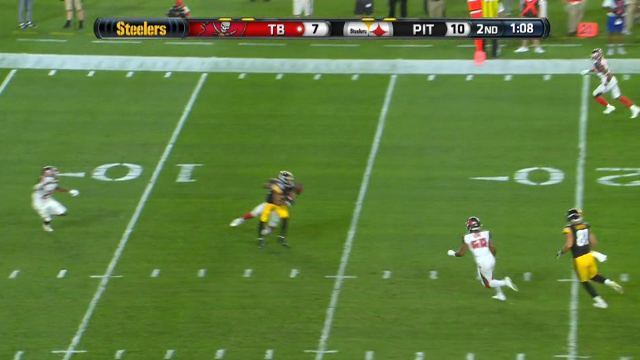 Rudolph’s sixth pass attempt Friday night against the Buccaneers came at the end of a play he extended to his left. He escaped a sack to his left and attempted to complete a pass to wide receiver Johnny Holton near the sideline. The television angle makes it tough to see how close Holton was to making the catch on this play. Even so, a holding penalty would have negated any catch just the same. 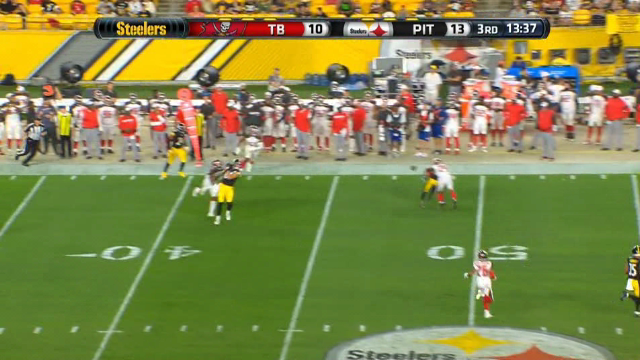 Rudolph went back to Holton on his next pass attempt via a mesh route concept. The play gained 59 yards in total and all came after the catch. The throw by Rudolph was a little behind Holton, however, which forced the wide receiver to break stride. Overall the pass location did not affect the play, but next time Rudolph needs to hit his receiver more in stride. 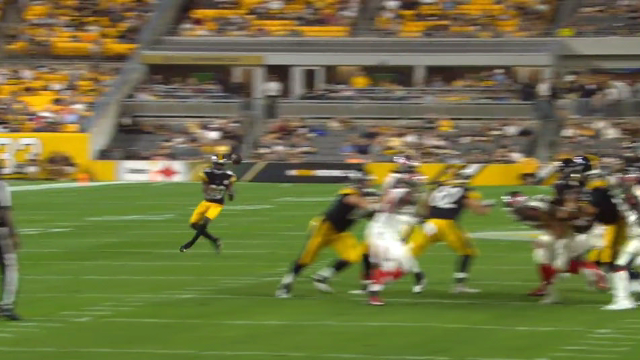 Rudolph’s final pass attempt of the game was a touchdown to rookie tight end Zach Gentry in the back of the end zone. The throw to Gentry, while a little high, was very much catchable and placed where only the 6’8″ tight end was going to grab it. While nothing to do with ball placement, Rudolph’s poise and patience in the pocket on this play is what allowed it to develop and result in a touchdown. Additionally, Gentry needs to be praised for him drifting in concert with Rudolph as the play extended. 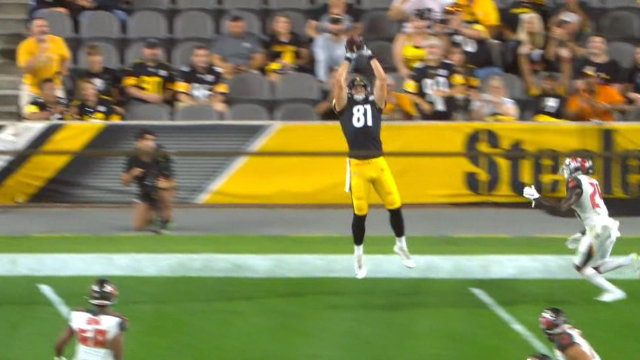 Summary: Friday night was easily Rudolph’s best preseason game to date as the second-year quarterback looked a lot more comfortable in the pocket. His throws. as recapped above, were all seemingly on target and catchable by his receivers and his receivers only. Rudolph’s two touchdown throws were great and both placed where only the player he was throwing it to could catch it. Perhaps Rudolph’s worst throw of the game was the one that resulted in the biggest gain and that was the one to Holton that was thrown slightly behind the receiver and caused him to break stride. Two of his three incompletions were balls that should have been caught. One was caught, just not in bounds while the other seemingly bounced off the hands of the receiver. Rudolph’s other incomplete pass was a worthy effort and would have been wiped out by penalty had it found its mark.