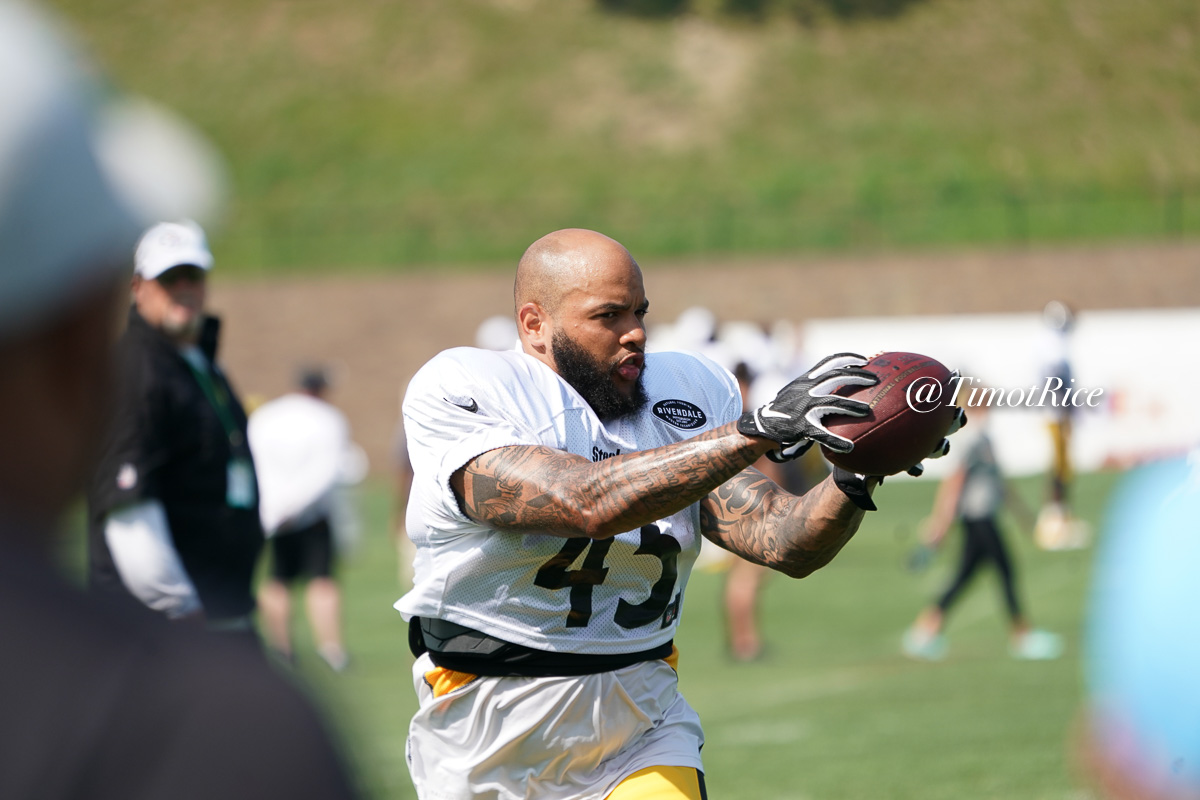 There aren’t a lot of stats for fullbacks. Long gone are the days where they ran and caught the football and heck, most teams don’t even employ one anymore. And though Randy Fichtner seems to use one even less than Todd Haley, Roosevelt Nix found a way to make his mark when he did see the field.

Twitter’s well-known PFT Commenter and company created the “FB assist” stat. Meaning, in their words, “a fullback assist is awarded when a team scores a rushing TD from 5 yds in or closer and there is a lead blocker in play.”

And it was Nix who tallied up the most helpers with seven, one ahead of quasi-fullback Sam Hubbard of the Cincinnati Bengals.

Nix played only 110 offensive snaps last year, fewer than 10% of the total, but was a key cog along the goal line. Especially early in the season. Conner scored six touchdowns from five yards out or closer over the first six weeks. He finished 2018 with 12 rushing downs, the most by a Steelers’ back since Rashard Mendenhall in 2010 and likely would’ve broken Franco Harris’ record of 14 had he not missed several games with a high ankle sprain.

Nix has certainly climbed the football ladder. He was a football longshot, a UDFA who converted from defensive tackle to linebacker in Atlanta (and briefly played there in Pittsburgh) before flipping to fullback. He made himself an impossible cut, sealed with a preseason finale punt block against Carolina in 2015, earned a long-term deal and Pro Bowl appearance in 2017. He’s also made an impact in his Ohio community, holding an annual free football camp for several years now.

Now, he’s a roster lock and one of the top special teamers on the Steelers. And, as the stats show, an asset as a lead blocker when Pittsburgh is trying to punch it in along the goal line.