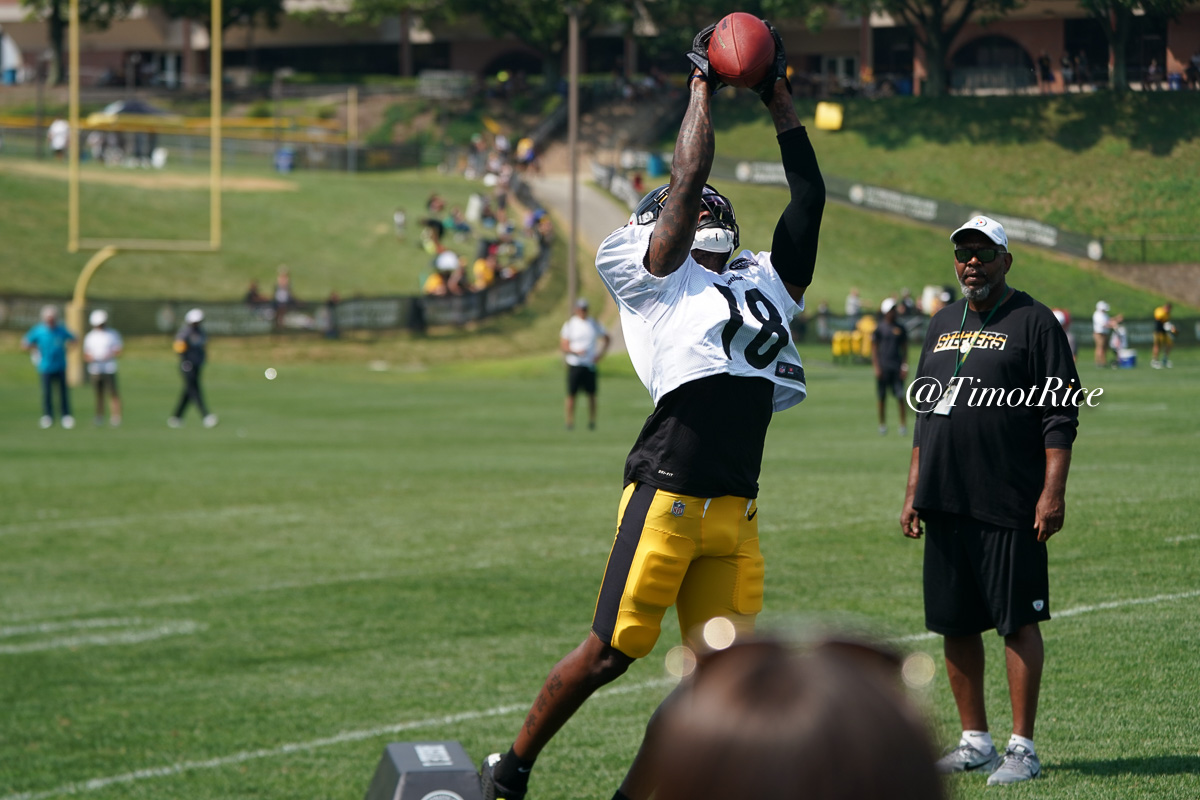 The Pittsburgh Steelers had arguably the top wide receiver duo in the NFL last season with Antonio Brown and JuJu Smith-Schuster. The former of the two in that pairing took his talents (and his blistery feet) to Oakland, however, leaving the team in search of the next man up to join in with Smith-Schuster, who is coming off his first of hopefully many Pro Bowls.

As of now, the team’s wide receiver room consists largely of unproven or marginal players who have yet to establish themselves as anything much more than replacement level in-game, but Head Coach Mike Tomlin said after practice just now that the team sees a lot in the group of players at the position that they’re working with.

The list of names of the also-rans is headed up by Donte Moncrief, the free agent signing back in March on a two-year, $9 million contract, who has been running as the number two receiver since the spring. He is flanked by James Washington, Diontae Johnson, Eli Rogers, Ryan Switzer, and Diontae Spencer, among others.

Between Smith-Schuster and Moncrief combined, the Steelers’ most accomplished wide receiver pairing to date has totaled 369 receptions for 4886 yards and 35 touchdowns. Rogers would be the third in line in terms of production. In his four-year career (including two mostly on injured reserve or the PUP list), he has totaled 78 receptions for 822 yards and four touchdowns.

Washington and Switzer are young contributors who were in the fold last year but achieved relatively little, and who are hoping to have a bigger, more productive role in 2019. Johnson and Spencer are new faces, the latter a veteran of the CFL, but hoping to make an NFL roster for the first time.

All of them have done good work at some point in training camp thus far, but separation will have to start to come when they get inside of stadiums in the preseason, the first game now fast approaching. Washington has been getting most of the number three receiver reps, but pretty much everybody else has been worked in as well during training camp so far.

The Steelers had one of the most productive and efficient offenses in the NFL last season. It will be a tough assignment to duplicate that success without Brown, who led the NFL with 15 touchdown receptions last season. That makes it all the more imperative that they identify who will give them the best chances for success over the course of this training camp.