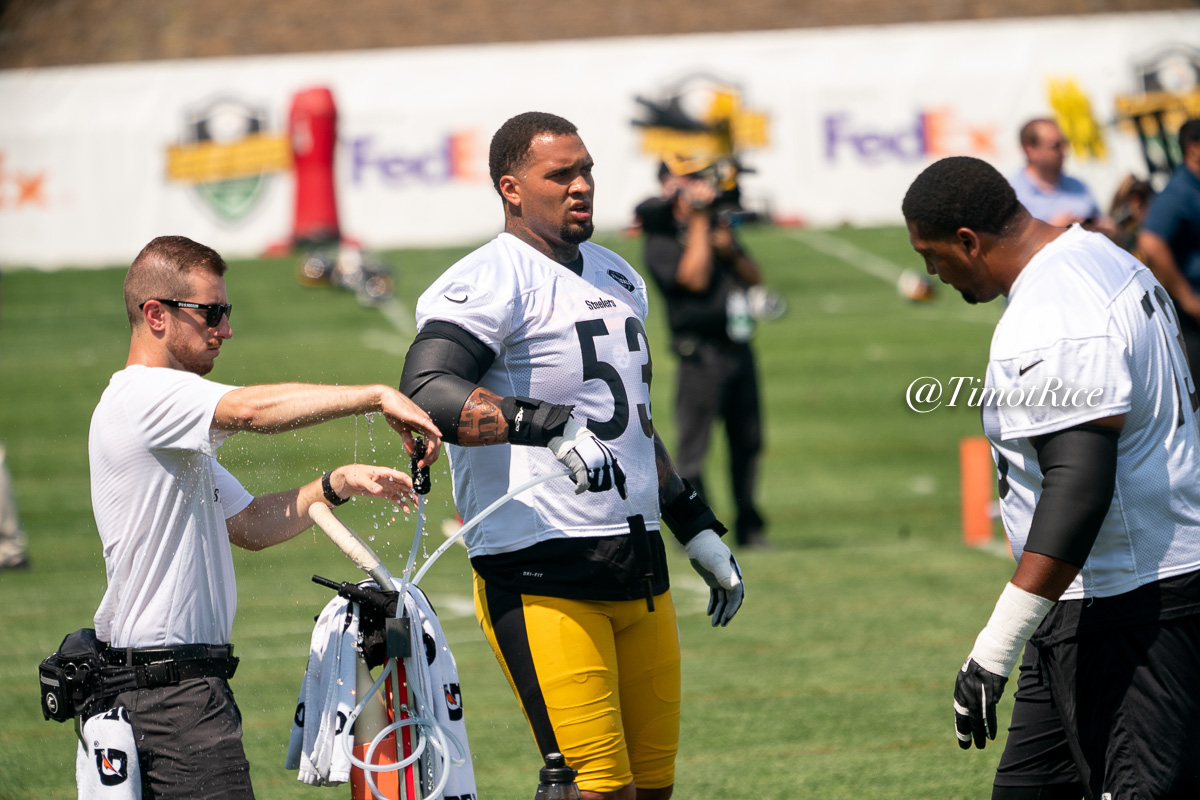 Out of the entire 91-man roster, there are literally two people who have been with the Pittsburgh Steelers longer than Maurkice Pouncey, the team’s first-round pick in 2010. Especially following Antonio Brown’s trade. Brown was drafted in the same year. Now, only Ramon Foster, joining the team in 2009, and Ben Roethlisberger, their first-round selection all the way back in 2004 remain from the team that last appeared in a Super Bowl in 2010—and only Roethlisberger has won one.

Despite the fact that he is going into his 10th season, however, Pouncey still takes the same approach to the work that goes into preparing for the campaign every year. And that’s coming from somebody who has suffered a season-ending, nearly career-ending, injury in the preseason.

“Never. Never, never, never”, he said via the Pittsburgh Tribune-Review when asked if his history with injuries at this time of year had ever altered his view on getting the work in in training camp and in the preseason. Though Pouncey has not yet played in the first two preseason games, he was also nursing an injury for some of that time.

“Practice always makes you better. You always have to go out there and work every single day”, he told the gathered reporters. “Some of us get days off and are a little bit more advanced, but it’s always nice when you’re playing all together”.

Pouncey is one of those more advanced players who get days off, along with the others mentioned in that article, but as Head Coach Mike Tomlin would say, those off days are as much about maintaining the veterans as it is giving others the opportunity to play at a higher level. When Pouncey is out, B.J. Finney works at center with the first-team, and behind him is Patrick Morris (and/or J.C. Hassenauer).

“Guys have gotten hurt in the offseason, so, injuries are going to happen. You can never predict them”, he said. Just last season, the Steelers lost third-year tackle Jerald Hawkins to a season-ending injury during OTAs at a time that he was expected to be the swing tackle.

“If I knew I was going to get injured, I wouldn’t go in there and play”, he said. “But it doesn’t work like that. You’ve just got to keep moving on and hoping for the best and the next guy has to come in and be just as good”.

Injuries are almost always a part of the story when it comes to offensive line play. Just last season, right tackle Marcus Gilbert missed 11 games due to injury. The performances of Matt Feiler and Chukwuma Okorafor in his absence enabled the Steelers to feel comfortable trading him and his cap hit in March as the two battle for the right tackle job.

For the most part, the rest of the line has had good health over the past few years, particularly Alejandro Villanueva. David DeCastro had a freaky finger injury last year that cost him two games, but otherwise he has been very consistent as well, and Foster played all of last year, with Pouncey himself nearly doing the same.