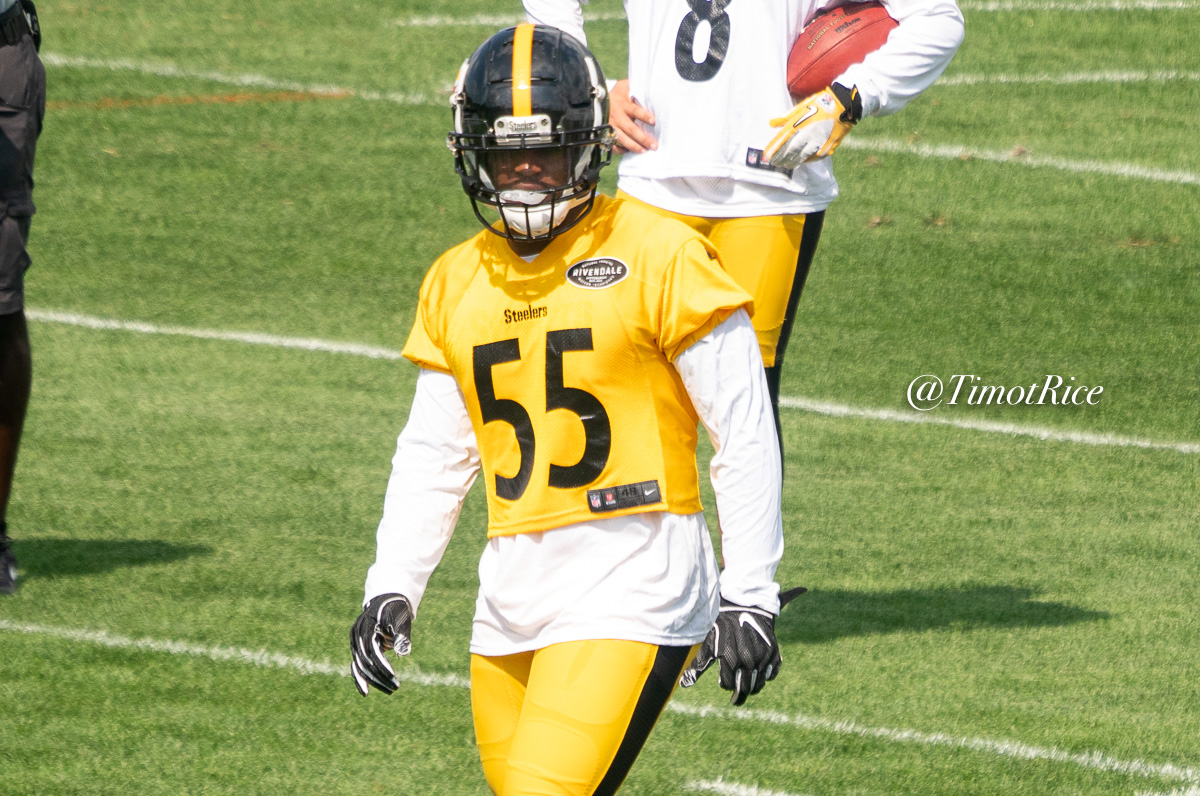 Barring any kind of injury taking place in the next 48 hours, Pittsburgh Steelers rookie inside linebacker Devin Bush will make his NFL debut Friday night in the team’s 2019 preseason opener against the Tampa Bay Buccaneers at Heinz Field. There’s even a chance that Bush winds up starting that game. On Wednesday, however, Steelers head coach Mike Tomlin wasn’t ready to say how much Bush will ultimately play night against the Buccaneers when asked to reveal what his current plan is for the team’s first-round draft pick this year.

“You know, we’re going to determine that,” Tomlin said. “Obviously he’s going to play. We’re still in the process to determine how much. It really kinda depends on his overall readiness and health and the health of those around him. Such as life this time of year. It’s very fluid from a day to day, availability standpoint. That’s why I’m not going to make any hard and fast determinations about who’s playing and who’s not from a health standpoint. I’m just going to leave the light on for everyone.”

Bush might start Friday night because of fellow inside linebacker Vince Williams currently dealing with a hamstring injury that he initially suffered during the team’s Friday night practice at Latrobe Memorial Stadium. Williams hasn’t practiced since suffering that injury and thus there’s a good chance he’s held out of the Friday night game.

Regardless of when and how much Bush actually does play Friday night against the Buccaneers, to hear Steelers linebackers coach Jerry Olsavsky talk this past week, the rookie out of Michigan should be handle whatever the team requires him to due at Heinz Field.

“He’s pretty grown,” Olsavsky said of Bush when asked how the rookie has grown as player since he was drafted 10th overall, according to Joe Rutter of the Pittsburgh Tribune-Review. “That’s the thing. There’s not a lot. He’s doing a real good job of understanding what we’re doing. Sometimes, we switch from day to day. He’s really adaptable. He can do everything. He’s as advertised.”

Even Steelers outside linebacker T.J. Watt recently had nothing but positive things to say about Bush.

“He takes whatever you put on his plate, and he’s doing a great job with it,” Watt said, per Rutter. “He’s also being very aggressive. I’ve very impressed with him.”

In an interview a few days ago with Rich Eisen on his show, Bush was asked to comment on how he feels so far with a good portion of his first NFL training camp now behind him.

When pressed by Eisen to reveal how he feels playing in the Steelers defensive scheme, Bush quickly responded.

“Oh yeah. I mean, shoot, I’m out here playing football, man, and I think that’s where my biggest fit comes in,” Bush told Eisen. “I’m just out here on the team. I get to compete and I get to go out there every day and do what I love. So it’s fitting perfectly right now.”

In response to that response, Eisen then asked to reveal what specifically Tomlin has said to him to his face so far during training camp.

“He’s pretty much like, ‘hey, you know, you’ve been playing football your whole life. Obviously this is nothing new to you, so, you know, be you,'” Bush replied.

So, what does being you mean when it comes to Bush?

“If you know me, you would know,” Bush told Eisen. “But for those who don’t know, man, I’m just a guy that loves to play football. Man, I’m just energetic, bring energy, passion, big splash plays and a lot of fly-around and have fun.”

Bush also revealed to Eisen a few days ago what it is that he currently believes he needs to work on the most with his first NFL preseason game just a few days away.

Late in his interview with Eisen, Bush was asked if he currently has any goals set for his rookie season and if those are written down somewhere. After admitting that he doesn’t have his goals written down and that he instead chooses to keep them in the back of his head, Bush then revealed to Eisen what they are.

“M goals for the season is come in, play and win,” Bush said. “It’s simple, really simple, Nothing extravagant nothing off the wall. Come in, play, win.”

Hopefully Bush can accomplish all three of those in his first NFL preseason action Friday night. He should be fun to watch Friday night at Heinz Field.

You can hear Bush’s full interview with Eisen from a few days ago below.