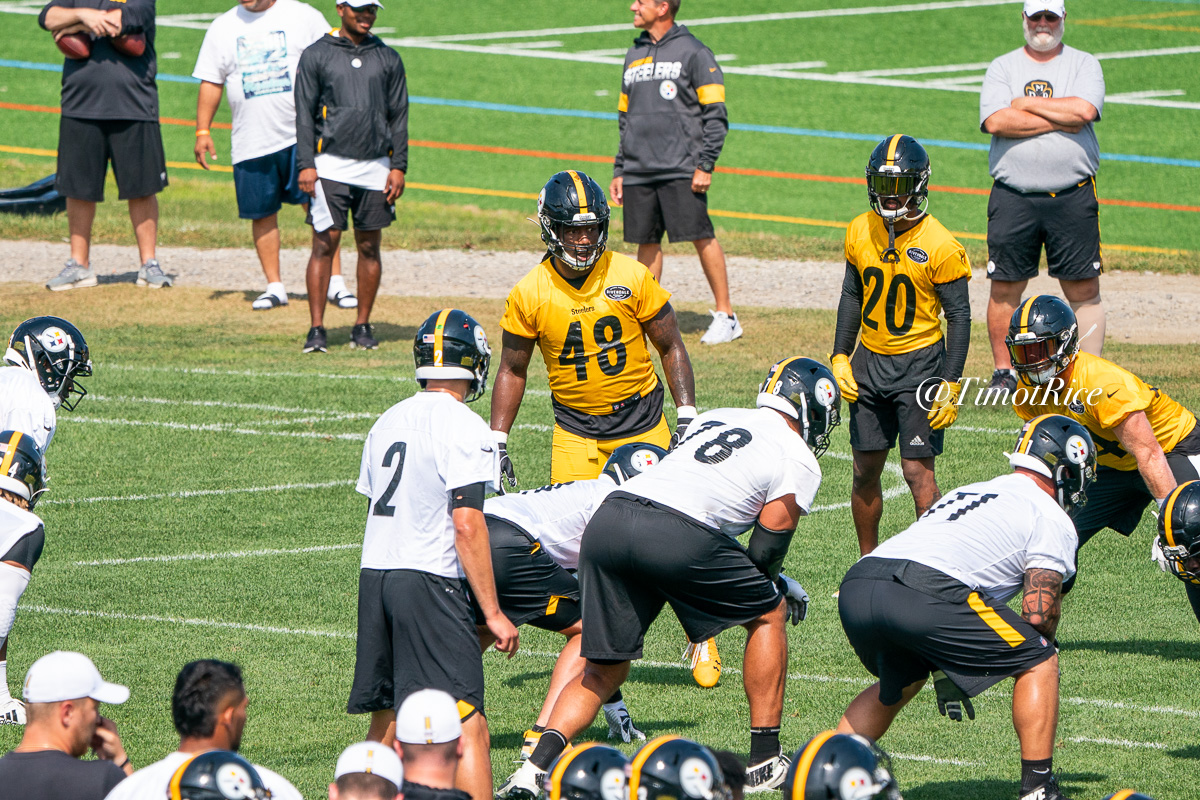 The battle this year during training between Pittsburgh Steelers quarterbacks Joshua Dobbs and Mason Rudolph for the right to backup starter Ben Roethlisberger has been a fun one to monitor so far during the team’s time at Saint Vincent College. That battle between those two players should get even more interesting to watch once the preseason gets underway.

Just ahead of the Steelers annual Friday night practice at Latrobe Memorial Stadium, general manager Kevin Colbert conducted his yearly interview with Pat Kirwan and Jim Miller of ‘Movin’ the Chains’ on SiriusXM NFL Radio and roughly midway through it he was asked to comment on how that training camp battle between Dobbs and Rudolph has gone so far.

“Well, just to go back last year at this time Landry [Jones] was our clear number two from the previous season and Joshua put together a great preseason and won the number two job,” Colbert said. “And I think Mason, having watched that, understands that, hey, I watched a guy do that, why can’t I do it? So, he and Joshua are going through a real good competition and they’ll get their work in the preseason because Ben will just get what he needs and those other two they’ll sort it out and fight it out. And so far it’s been good.”

According to our own Alex Kozora and his daily training camp reports, Rudolph has been the better of the two quarterbacks to date. That said, Kozora was careful to write just the other day that the battle between Rudolph and Dobbs is far from over. In his recent interview, Colbert pretty much echoed what all Kozora has written about the backup quarterback battle since training camp got underway at Saint Vincent College.

“Mason’s done some nice things, obviously still things he needs to work on,” Colbert said. “Joshua, Josh never really looks as good as he does in practice as he does in the games, because when you add that breakdown, when something’s not there and he can break a defense down with his running, it’s a whole different game. So, exciting for both of those two but I can’t tell you how it’ll sort out yet.”

The Steelers first preseason game of 2019 will take place next Friday against the Tampa Bay Buccaneers and one would think that Dobbs will start that game and likely play a good portion of the first half, if not the entire 30 minutes. Rudolph will then likely take over for Dobbs with Devlin Hodges, the team’s fourth-string quarterback, likely mopping up late in the fourth quarter.

Regardless of how Dobbs and Rudolph play in the team’s first preseason game, they’ll likely be flipped in the second one with the latter being given the start and the former following him into the game.

A lot can happen in the next four weeks and while many of us expect Rudolph to ultimately win the battle between him and Dobbs, hopefully it turns out to be a decisive victory and thus a result of him playing much, much better this preseason  than he did as a rookie.