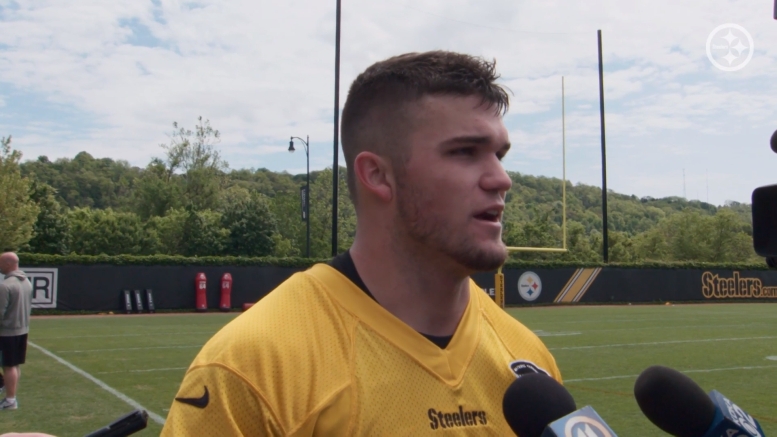 Explanation: The general consensus is that rookie sixth-round outside linebacker Sutton Smith’s chances of making the 53-man roster have been reduced to slim-to-none status after missing a lot of training camp and the first two preseason games. In his absence, a pair of other young linebackers—sixth-rounder Ulysees Gilbert III and undrafted free agent Tuzar Skipper—have been able to step up and make plays.

A path to a spot on the 53-man roster remains very much open for Smith, who has a natural skill set that lends itself well to performing on special teams. As long as he has a couple of strong games in that department with three or four tackles, he may even be favored.

Playing to his side is the fact that Olasunkanmi Adeniyi is recovering from a meniscus injury, which could linger into the season. That makes it more likely that an outside linebacker would be kept over an inside linebacker, where everybody is healthy. And given that Skipper has only played a tiny amount of special teams so far, Smith could easily pass him.

The likelihood of a rookie late-round pick coming back in time to make the roster in the final two weeks is always fairly low, though it’s doable, and has been done before in the recent past. Nevertheless, there is no doubt that Smith is decidedly behind Gilbert and Skipper right now, and that means he has a lot of ground to cover—literally, on the coverage units for Danny Smith.

While Skipper hasn’t played much on special teams yet, the fact that he has played well on defense suggests they’ll start to play him more now to make himself more roster-worthy. And as for Gilbert, he is already playing there—he had a special teams tackle last week—while also playing at a high level defensively.

Even Roosevelt Nix needed more than two games of special teams work to make the roster several years ago. Robert Spillane could fairly even be considered ahead of Smith right now. And there’s still the possibility of 11 defensive backs being kept. They carried 11 all of last season. And Marcus Allen had two special teams tackles last week and a forced fumble on defense to keep his name afloat.