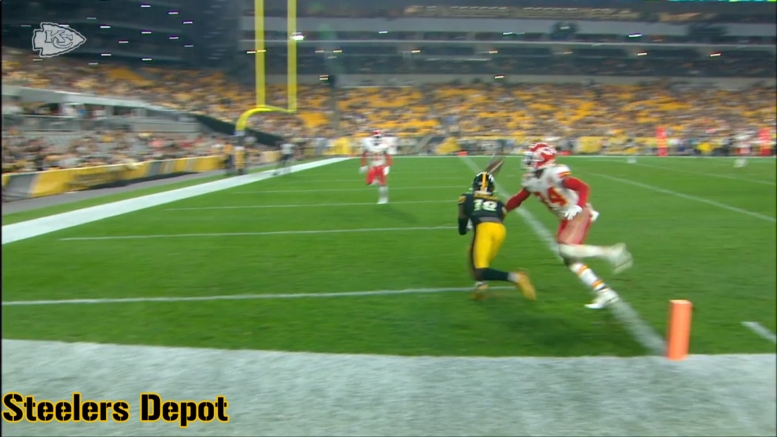 Topic Statement: Diontae Johnson will begin his career inactive and will take a while to contribute significantly.

Explanation: The Steelers were extremely high on wide receiver Diontae Johnson coming out of college. They probably would have drafted him in the second round if they didn’t trade that pick away. He’s a great route runner who knows to get open, but he’s been bogged down by injuries in a deep position group.

Realistically, the Steelers don’t need him, at least right now. They have at least four wide receivers who are going to play ahead of him, starting with JuJu Smith-Schuster and Donte Moncrief. James Washington and whoever lines up in the slot between Eli Rogers and Ryan Switzer, if not both, will also be ahead of him.

While he is guaranteed to have a roster spot, there is no sense in him dressing right away if he is not going to be the returner, and at this point we pretty much know that’s going to be either Switzer (most likely) or Diontae Spencer.

While he’s expected to play tomorrow, Johnson has already missed two games and has sat out a lot of the offseason going back to rookie minicamp because of injuries. He’s just not ready to be that involved right now.

Johnson may be inactive for a game or two, but once he gets on the field, he’s not going to come off, similar to Smith-Schuster during his rookie season. While he was never a healthy scratch (he also didn’t miss much time due to injuries in the offseason), he was used sparsely in the first game and not even targeted, but once he started contributing, it just continued to escalate.

The same will be the case for Johnson, who has too much talent, once used, to sit on the bench. The Steelers have enough slot-capable talent to the point that either Rogers or Switzer (or Spencer), whoever is not doing returns, will be the inactive. Smith-Schuster, Moncrief, and Washington are all capable of playing in the slot, leaving Johnson to focus on the outside.