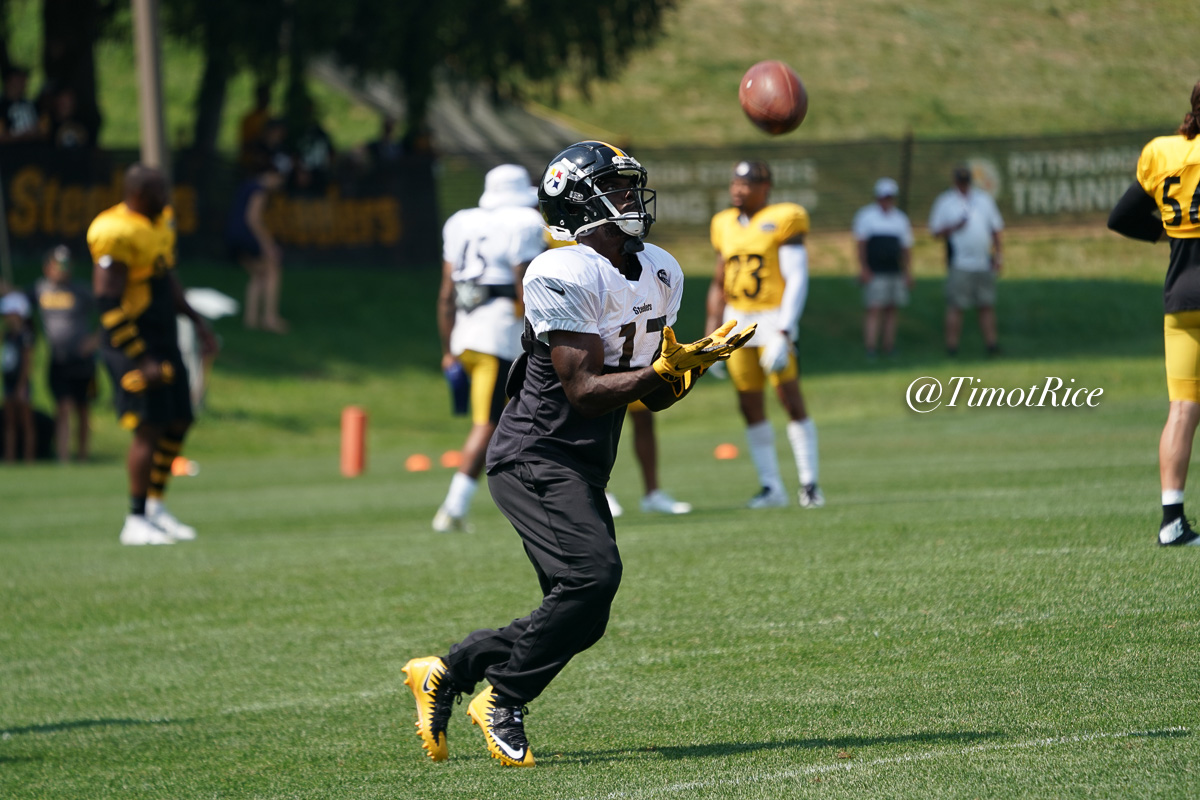 Question: Will the third preseason game determine who is higher on the depth chart between Eli Rogers and Ryan Switzer (and possibly who makes the roster and who doesn’t)?

Neither Eli Rogers nor Ryan Switzer have played a great deal during the preseason so far, relatively speaking. This is not an oversight, nor is it a knock against them. Preseason opportunities are distributed based more on a need-to-know basis, and these two are more known commodities.

Because they are more known and established within the offense, they’ll see the bulk of their serious work in the third preseason game, during which Ben Roethlisberger figures to play at least a couple of drives, one would hope. Last week, Rogers started in the slot between JuJu Smith-Schuster and Donte Moncrief, for what it’s worth.

For a while, it’s been understood that the top three on the depth chart consists of Smith-Schuster, Moncrief, and James Washington, with rookie Diontae Johnson a lock to make the team, and likely one of Rogers or Switzer making the team as well, if not both.

If only one of them ends up being kept, that may largely be decided in the team’s next game, though the reality is it would probably take the fourth preseason game to have another player step up and take a roster spot away from one of them.

There have been some solid preseason performances in different capacities from Tevin Jones, Diontae Spencer, and Johnny Holton so far, but this could also come from another position. If they keep five wide receivers, they could keep an extra linebacker or safety, or somebody like Trey Edmunds for special teams purposes. Or a fourth tight end.