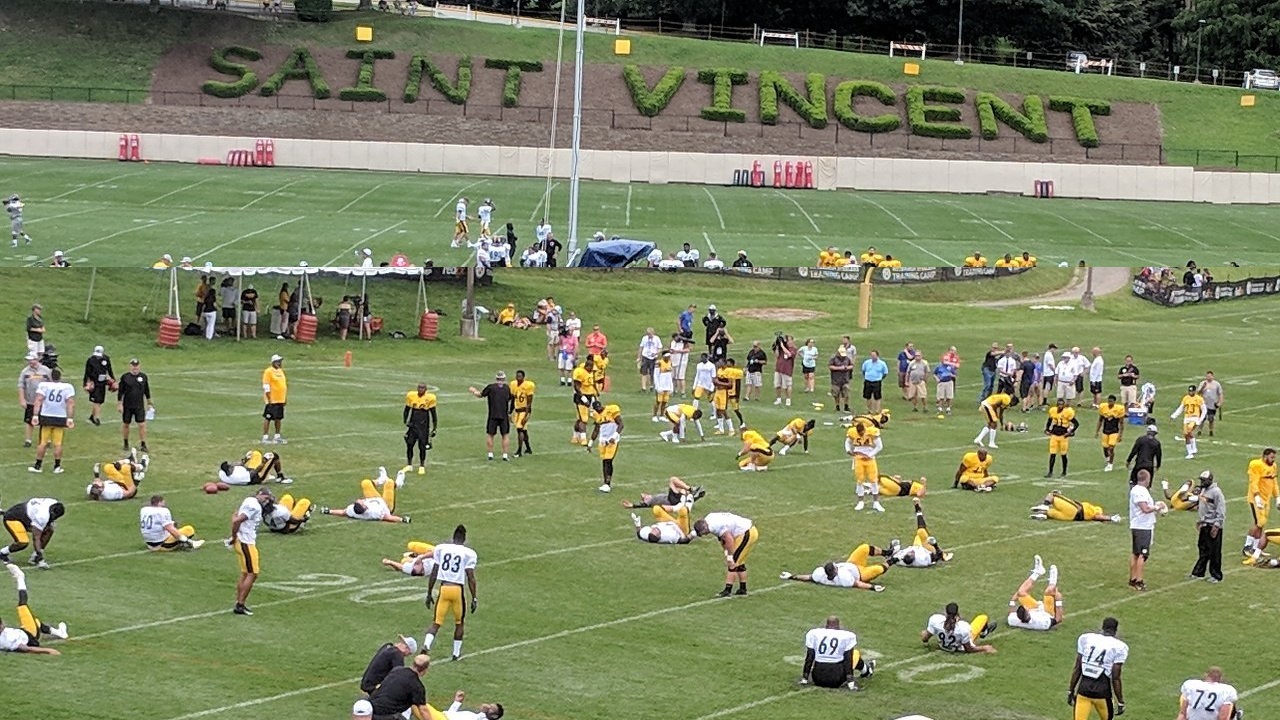 Today is the third day of training camp. I hope you know what that means, but in case you don’t, it means it’s the day when teams are allowed, by the Collective Bargaining Agreement, to put the full complement of football pads on for participation in practice.

It is, literally, the first work of the entire offseason on the field in full pads. Outside of work for promotional pictures, and perhaps if they simply felt like putting them on and for fitting, the first time since last year that the Pittsburgh Steelers are getting on their shoulder pads.

It’s a big deal. That doesn’t escape Head Coach Mike Tomlin, who spoke to that fact multiple times yesterday while addressing reporters after practice, though he also would not dismiss the value of the two-day acclimation period, either.

“Obviously tomorrow’s a significant day for us as we put pads on and continue this process. It’s time for that”, he said. He later was asked if there is an added level of excitement that plays a role in putting the pads on for the first time. “I’m sure”, he said.

“I know this is professional football, but this is no different than college football or high school football or little league football for that matter”, he went on. “All of us that’s ever been associated with the game, there’s a certain excitement, that first day of pads. I’m sure that all you guys that ever played the game can relate to that”.

And really, Tomlin’s comments and the level of enthusiasm with which he said them downplay the enormity of the moment. It’s no longer ‘football in shorts’ but rather the real McCoy in a practice setting, including full-contact tackling sessions, which not every team runs anymore.

The 13th-year head coach remains like a kid in a candy store when he gets to hear the popping of pads for the first time, personally presiding over drills such as the infamous backs on backers, which rookie Devin Bush has said is all Tomlin has talked about since the spring.

Outside arguably of the goal-line drill—or perhaps not even, given how much it has been turned over to the passing game—the backs on backers drill is the most physical component of training camp, in which a running back or tight end is pitted against a linebacker simulating a blitz. The drill is slanted toward the defense, with the defender getting a running start, but an offensive player can really get the coaches’ attention by holding his own.

Putting the pads on isn’t just a big deal for the players and coaches. It’s also a huge day for the fans, with many planning their first trips to Latrobe to coincide with the first day of pads. I’m sure Alex Kozora is salivating right now just thinking about Vince Williams going up against James Conner. I kind of am as I write this.