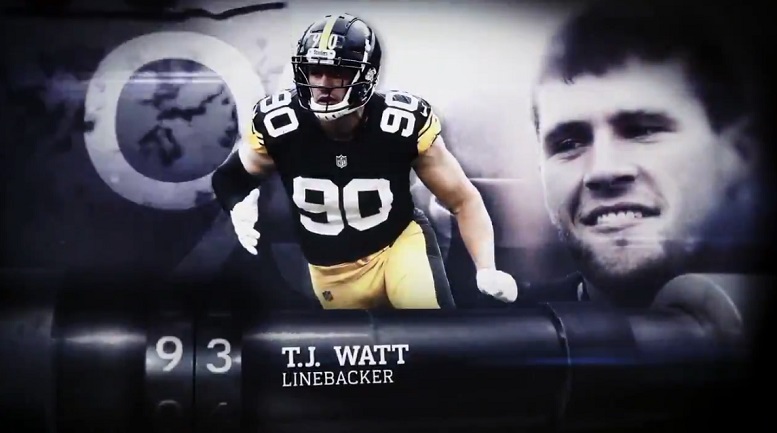 Steelers outside linebacker T.J. Watt is ranked 93rd overall in the Top 100 this year after registering a team-high 13 sacks in 2018. Watt also recorded 68 total tackle, 3 passes defensed and forced 6 fumbles in the 16 games that he played in last season. He was selected to last year’s Pro Bowl as well.

Watt was originally selected in the first-round of the 2017 NFL Draft out of Wisconsin and he proceeded to start and play in 15 games during his rookie season that included him registering 7 sacks, 7 defensed passes, 1 interception and a forced fumble to go along with 54 total tackles.

Watt should be one of several Steelers players in this year’s Top 100 as defensive end Cameron Heyward should make the list as well along with guard David DeCastro, center Maurkice Pouncey, wide receiver JuJu Smith-Schuster, running back James Conner and quarterback Ben Roethlisberger.