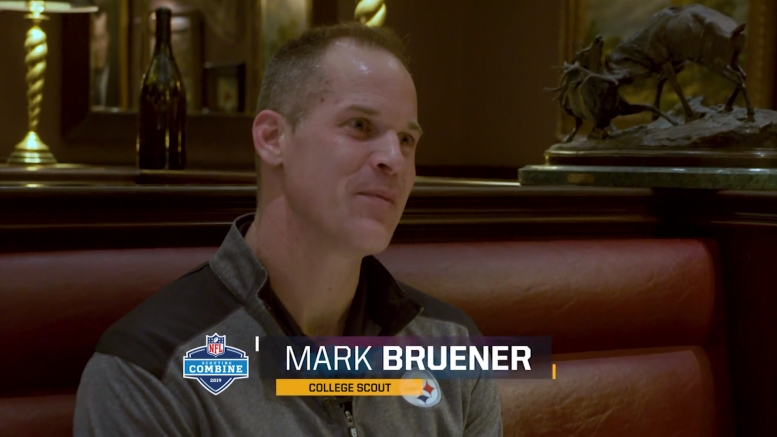 Heath Miller isn’t the only tight end the Pittsburgh Steelers have taken in the first round. Before Miller was Mark Bruener (and he’s not the only other one, either, before anybody else wants to jump in). At least as a workhorse, blocking tight end, Bruener was Miller for the Steelers before Miller arrived in 2005, though he was more of the pre-Matt Spaeth as a pass-catcher.

The 1995 first-round pick played nine seasons for the Steelers through the 2003 season, though he had a reduced role in his final year, before he finished off his career with five seasons with the Houston Texans. In all, he caught 152 passes for 1333 yards and 18 touchdowns, most of which of course he recorded for the Steelers, but so much of what he brought to the table is not going to be quantified in receiving statistics.

Nor do his professional numbers, like Spaeth, necessarily accurately reflect what he is capable of. During his college career with the Washington Huskies, he caught 90 passes over four seasons (with limited playing time as a freshman) for 1012 yards and four touchdowns. His best season was in 1993 as a junior when he caught 34 passes for 414 yards and three scores. And of course he was also a physical blocker.

Next week, he will be recognized for his accomplishments with the Huskies when he serves as a member of the 2019 class of the Pacific Northwest Hall of Fame. From the event’s page on Bruener:

As a freshman, Mark caught a touchdown pass in the Rose Bowl to help the Huskies capture a share of the national championship. He went on to become a three-year starter at UW, eventually becoming the Huskies’ career leader in receptions by a tight end with 90. He ended his career with two All-Pac10 honors and an All-American selection. Bruener was drafted 27th overall in the 1995 Draft, going on to lead a 14-year professional career in the NFL.

Bruener is the only member of the class going in for his college production. The group will also include three members of the Seattle Seahawks, namely running back Shaun Alexander and a pair of coaches, head coach Chuck Knox and Mike Flood. Also part of the class is high school coach Tom Moore.

Bruener isn’t the only former member of the Steelers who has gone into a Hall of Fame this offseason, as DeAngelo Williams recently did so as well.

In case you weren’t aware, Bruener isn’t gone. He has been a member of the Steelers’ scouting staff for nine years already, and is an established and respected member of the group. The team utilizes its scouts based on region, not by position.