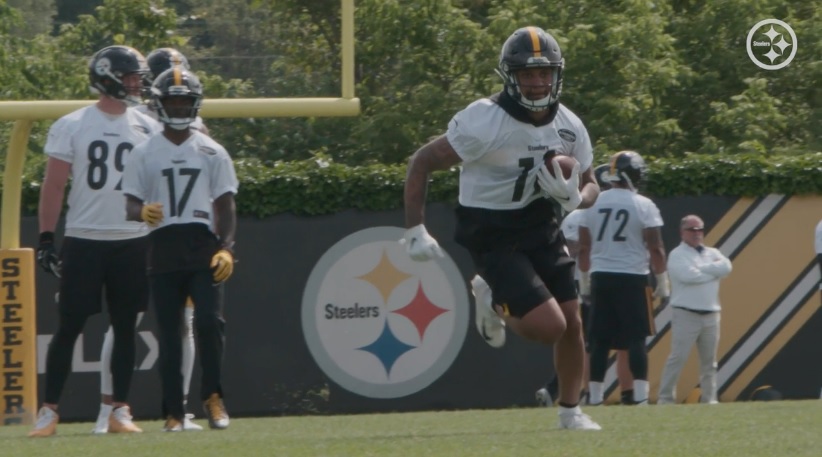 With the start of training camps fast approaching, we are nearing the end of not just the dead time of the heart of the offseason, but of the ways in which the various media outlets who cover the game have gone about filling that dead time.

One of the approaches that Pro Football Talk was to count down 30 of the biggest storylines heading into the 2019 season, and the number four storyline on his list concerned the Pittsburgh Steelers. His description of the question proved to be a mouthful to say the least.

Can the Pittsburgh Steelers recover from all of the drama, all of the acrimony, the trade of Antonio Brown, the departure of Le’Veon Bell, and the potential improvement of teams in the division like the Baltimore Ravens and the Cleveland Browns? What will the Steelers do in the aftermath of what was a very disappointing season? Will they come together? Will they take on that ‘us against the world’ mentality? Will it cause every member of the organization to do everything possible, check every box, put in extra time, do all the little things necessary to be as prepared as they can be to come out of the gates aggressively and win football games and prove all the doubters wrong—and show Le’Veon Bell, Antonio Brown, and anyone else out there who would have a problem with the way the Steelers do business that the Steelers are still one of the best organizations in all of football?

Anybody reading this is already aware of all the details discussed above so I’m not going to run through it all again. You know why the people who are not here are no longer here, and how those who remain feel about moving on without them. We’ve covered it all extensively over the past half a year or so.

This year, the Steelers are ‘blessed’ with the opportunity to come out of the chute facing the New England Patriots on the road, and Mike Florio sees this as a potentially telling signal for the way forward in Pittsburgh.

“They could be one of those teams that the Patriots have to worry about”, he said. “What better way to put everyone on notice that the Steelers are back”, he posed, adding that it would “let everyone know it’s a new time, it’s a new age, it’s a new era for one of the old-guard teams in the NFL”.

Pittsburgh did beat the Patriots last season, and arguably should have done so the previous year as well were it not for an imperfect catch rule that was changed literally months later. New England did dominate them in 2016, however, including in the AFC Championship Game.

What we do know is that the team has been selling the camaraderie angle hard throughout the offseason process so far. I have no reason to believe that it’s not genuine, but it remains to be seen how that will meaningfully translate into wins and losses.